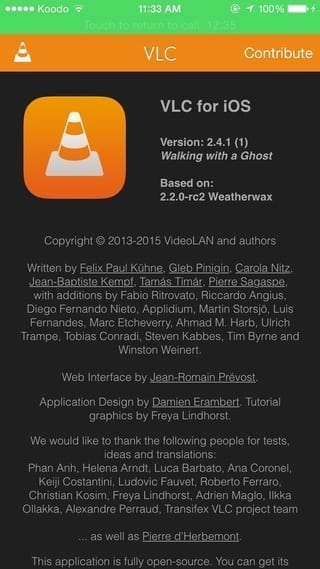 The word going around is that the really popular media player, VLC, is finally going to be available for iOS again. VLC 2.4.1 had been confirmed for iOS devices and now will be published on the Apple App Store very soon. Users were able to download VLC previously from the App Store before it was surprisingly pulled, back in September. 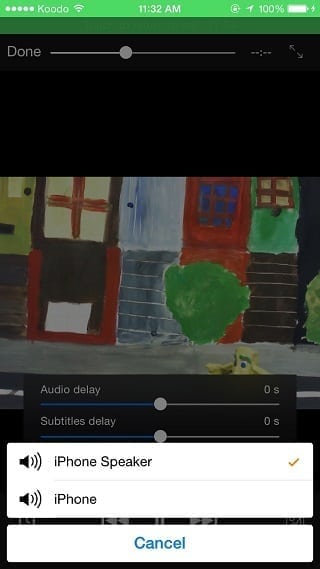 The lead developer for the VLC media player app for iOS and OS X, Felix Paul Kuehne posted in December last year on VideoLan’s official forum saying that VLC will be on the App Store again. VideoLan is the project that developed VLC media player and develops other software for playing media in various formats.

He further said that all that stood in the way of re-releasing the VLC 2.4.1 app was the approval by Apple. It seems that the app has now been approved as some users who had installed the app when it was available were able to update to the latest version, 2.4.1. If you did download VLC before it was made unavailable you too can update your app. Just go to the Purchased section of the iOS App Store to get the update.

The app listing is not yet live globally but is expected to be probably within hours. VLC 2.4.1 is already available for free on the New Zealand App Store among others. There seem to be many improvements in the new VLC app in addition to resolving the licensing issue which many suspect was the reason for the disappearance of the app.

VLC 2.4.1 is optimized for the screen resolutions of both, the iPhone 6 and the iPhone 6 Plus. It can play MKV, AVI and other file types not supported by iOS otherwise. Another great feature in the update is having a folder with passcode lock support. The new VLC plays subtitles and works with AirPlay. Users can use iTunes File Sharing to transfer files to other iOS devices or a web browser to share over Wi-Fi. Furthermore, there is an option to stream directly from a network, Google Drive and Dropbox. VLC will also allow uploading media to Google Drive and Dropbox.

All of these features are in addition to the already awesome features VLC is known for. VLC, like always, allows users to delay audio, delay subtitles, deinterlace, video filtering and changing the font size for the subtitles.

VLC, however, will drain the battery of your iOS device faster as compared to other media players. The reason for this is that the media formats that Apple supports are decoded using the low power decoder included in Apple’s mobile chips. VLC instead uses the CPU for rendering media.

That is all we know for now please go through the gallery below while you wait to get the new VLC. Images uploaded to Reddit by /u/TheTigerMaster.

VLC 2.4.1 will be available globally. Until then, download it from NZ App Store.