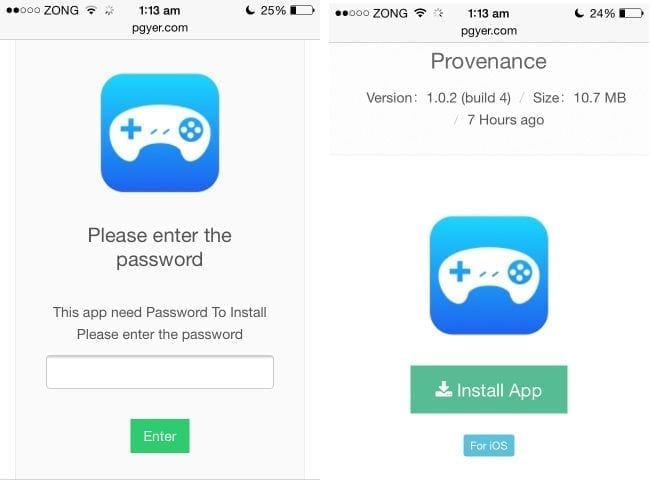 The links in the original article below are no longer available. But no worries. With the release of so many SEGA and Nintendo Games in the App Store, this article was in dire need of updating.  No jailbreaking or emulators needed. Just go to the App Store and enter the search term SEGA or Nintendo and choose your favorite games. Both newer and retro titles are available.

Super Nintendo (SNES), the SEGA Genesis, and the portable SEGA Game Gear are classic consoles with large, high-quality game libraries. We show you how to download an emulator called Provenance to play retro games on your iPhone, and iPad on iOS 8.1.1 without jailbreaking!

Here at CupertinoTimes, we enjoy discussing apps like MovieBox, and GBA4iOS. These are apps that are not allowed in the official App Store because of their frankly near or fully illegal nature, but developers and hacker-types still come up with ways to distribute them for those who want them.

For the longest time, developers used expired enterprise app distribution certificates to sign their apps. They would require interested users to first set back their device’s system date and time to a year or more ago, download the app, and then set it back to the current time. This ‘date time exploit’ was patched in iOS 8.1, but the community found another loophole to successfully distribute these apps on iOS 8.1, and more recently, iOS 8.1.1 without requiring jailbreak.

‘Provenance’ – an SNES, SEGA Genesis, and Game Gear emulator for iPhone, iPad that works on iOS 8.1.1 without jailbreak. It offers flawless emulation, save states so you can save game progress anywhere and anytime, battery saves for those of you who prefer the limitation of being allowed to save where you are allowed in-game, customizable on-screen controls, iOS ‘Open In…’ support so you can download game ROMs in other apps, and then open them in Provenance, and iTunes File Sharing for copying ROMs from your PC to iOS device through iTunes.

That’s it! Before downloading, iOS will confirm if you indeed want to download the app from a third-party store. Before you launch the app, it will confirm if you are sure about launching it. You need to say yes both times, of course. We have successfully tested Provenance for iOS 8.1.1 on our stock, non-jailbroken iPhone 4S.

You can now play SNES, Game Gear, and SEGA Genesis games on your iOS device. You will need to find the game ROM files yourself though. Sharing those is illegal, and we do not want to do anything illegal, do we?