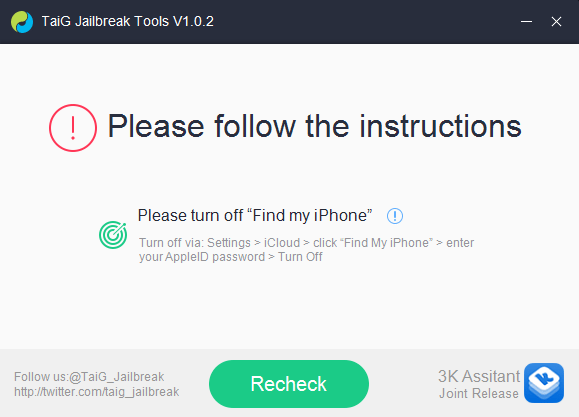 Version 1.0.2 TaiG jailbreak tool for iOS 8.1.1 has been re-released with official English translations. Download from the official website, or from a backup mirror from the end of the post. 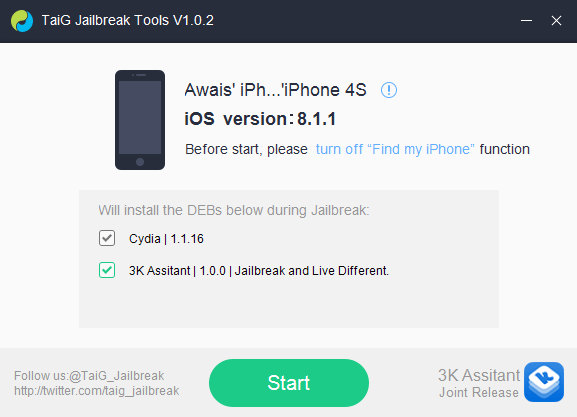 We have been rather lucky with jailbreaks on iOS 8. The Pangu team first released a jailbreak for all versions of iOS 8 up till iOS 8.1, and more recently the TaiG team launched a jailbreak for iOS 8.1.1 (there are reports it also supports iOS 8.2, but that functionality is purposely missing from their tool for now). It supports iPhone 4s, 5, 5c, 5s, 6, and 6 Plus; iPad 2, 3, 4, Air, Air 2, mini, mini 2, mini 3; and iPod touch (fifth generation).

As the TaiG is made up of talented Chinese hackers, their iOS 8.1.1 jailbreak tool’s language is, well, Chinese. Most iPhone users, particularly most jailbreak enthusiasts, do not speak Chinese but have a rudimentary or higher grip over English.

To that end, we used Google Translate to translate TaiG for Windows into English. The translations were annotated on top of screenshots of the original tool. It isn’t a neat solution, but it was a good stopgap until the official English version of TaiG for Windows which, you likely have guessed by now, has been released.

Yes, just days after our unofficial English translations, TaiG has released an English version of v1.0.2 of their tool for jailbreaking iOS 8.1.1. We have embedded the download links, as well as a mirror file uploaded on MEGA, for your pleasure.

We opened it up to compare our own English translations with the official translations. Ours are slightly different, and in one particular case simply wrong (‘iOS 8, welcome’ vs. ‘iOS 8, here we come!‘), but overall our effort was not bad, considering we used translation software. After all, we are not native Chinese speakers!

If you need help, or more general information about how to jailbreak iOS 8.1.1 check out the linked post. Also, if you are interested, we have download links to Chinese versions of TaiG as well.