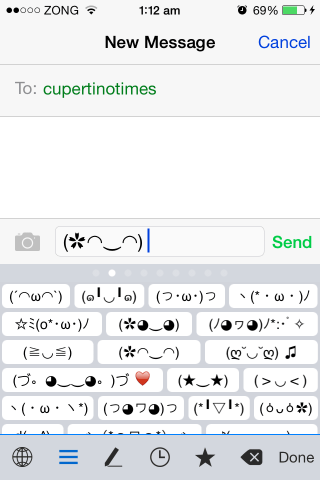 Japanese emoji AKA ‘kaomoji’ is easier to read, and a lot more expressive than simple text-based emoji / emoticons that we are used to. If you are looking to get into them, you should definitely check out the free Japanese emoji keyboards we have discussed after the jump. 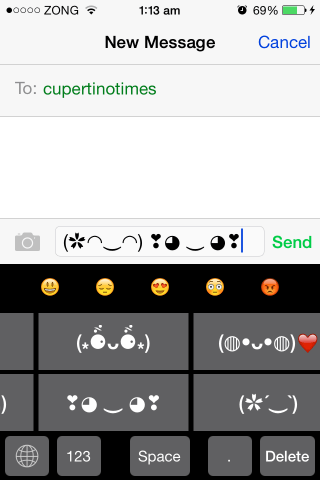 Before modern messaging software and mobile apps arrived, people used basic 🙂 or ;)-like pictorial text messages to convey emotion. They have now been replaced to some extent by ’emoji’: standard little images that generally convey more nuanced emotion than what simple text can provide. Emoji support is now built into smartphones, tablets, and modern personal computers.

There is a sub-category of emoji that most of us are actually not too familiar with. While everyone else’s emoji required tilting of the head to understand them in their native format, Japanese users online came up with emoji that could read horizontally. Examples include simple ones like (-_-) and ^0^ to more complex ones like (╯°□°）╯︵ ┻━┻.

I have occasionally, unconsciously used Japanese emoji, but with a dedicated keyboard, I think I just might! SmileyKey is a free Japanese emoji keyboard for iPhone!

Developed by Josh Woods, SmileyKey comes with more than fifty kaomoji. They are categorized into five broad categories: happy, sad, love, surprise, and anger. The user interface is spartan; you tap on a category, swipe horizontally, and tap on a kaomoji of your choice. The only other options available is <space> and Delete.

Since these are text-based emoji, they work in all apps. This is version 1.0 of SmileyKey, and there are indeed quite a few improvements that it can make. It would be nice, for example, to be able to choose certain kaomoji as your favorites for faster access in subsequent sessions.

While you are at it, consider an alternate Japanese emoji keyboard app called ‘Kaomoji’. If offers more kaomoji, favorite emoji, and a more mature interface, but it asks for a (entirely well-deserved) $0.99 in-app purchase to unlock all features. We have linked to both keyboards below.