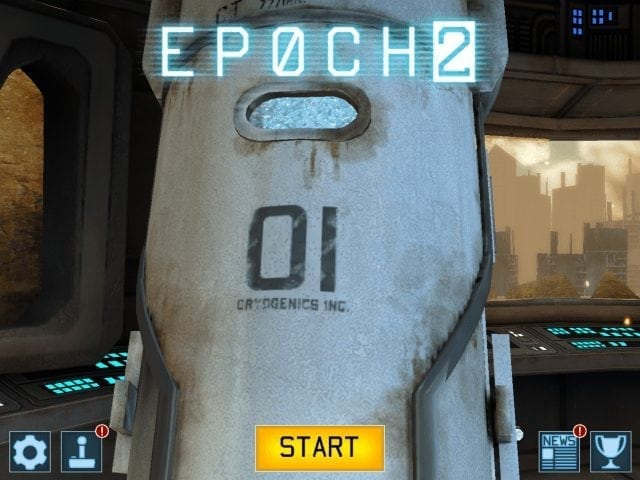 As the underlying technology becomes more and more powerful, mobile games are inching closer and closer to the current generation of video game consoles in terms of their graphical scope and complexity. You can play the beefed-up versions of the biggest games of the previous generation – the Grand Theft Autos, Knights of the Old Republic – as well as somewhat dumbed-down ports of the current generation – BioShock, The Walking Dead, XCOM: Enemy Unknown – on the latest iOS / Android devices. 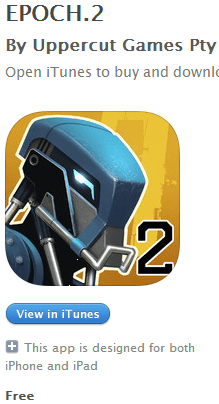 Along with these great ports, we also get our fair share of original games on smartphones and tablets as good as any console offering. Today, I would like to bring your attention to one such title for iOS: EPOCH.2.

If you have played Gears of War (Xbox 360) before, you should have a pretty good idea of what to expect from EPOCH.2. It is a cover-based shooter, and that is about it. This would certainly be a major con for a title on any big home console, but on mobile platforms it is fully welcome. 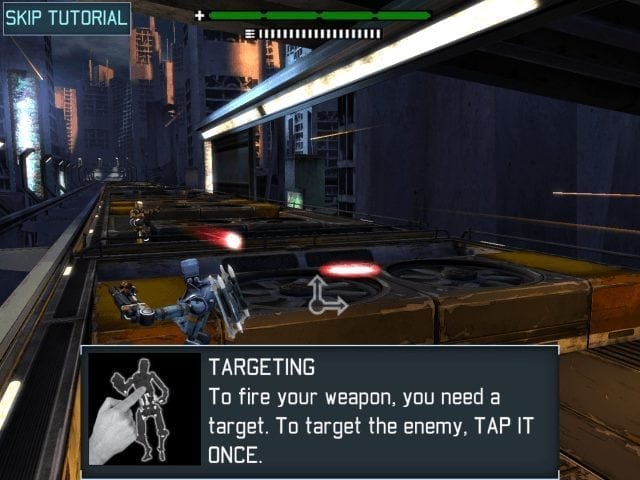 Enemy shoots at you: dodge by swiping left or right, or take cover by swiping down. Enemy is reloading their weapon: tap on the enemy to start shooting. This is how the original EPOCH played like. EPOCH.2 adds the option to make use of cool new abilities like being able to slow down time, use boosters for boosting your character’s characteristics, and counter enemy attacks by tapping at the right time.

Replace the medieval weapons from Infinity Blade with futuristic guns, and you will get EPOCH.2. We feel this would be highly engaging for someone who hasn’t played similar games before, especially on their mobile device, but for the rest of us EPOCH.2’s gameplay is mind-numbingly formulaic. You will quickly master the game’s mechanics, and will not be challenged as you play the story. 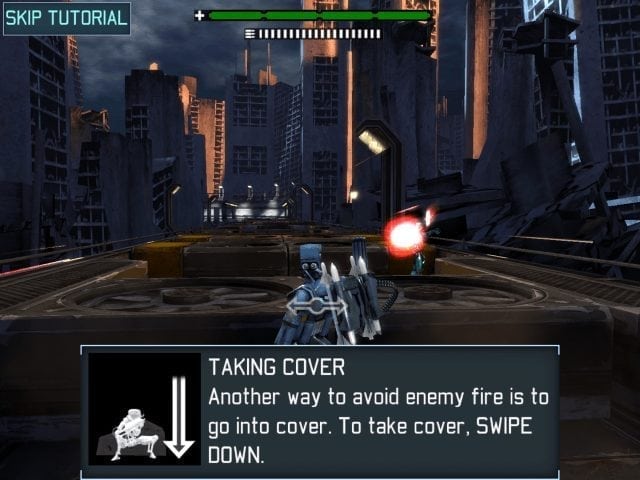 EPOCH.2 is powered by the mobile version of Unreal Engine 3. It looks undeniably sharp running at native Retina Display resolutions, with crisp textures, detailed models, and reasonably good lighting effects. If I had to compare it with home consoles, I would put its graphics prowess strictly in the last generation of video games (PlayStation 2, Xbox et. al.).

Apple announced new ‘Metal’ APIs for iOS 8 at WWDC 2014. Version 4.3 of Unreal Engine uses said APIs to deliver even better graphics, so we look forward to playing the next generation of mobile games when iOS 8 rolls out in a few weeks time. 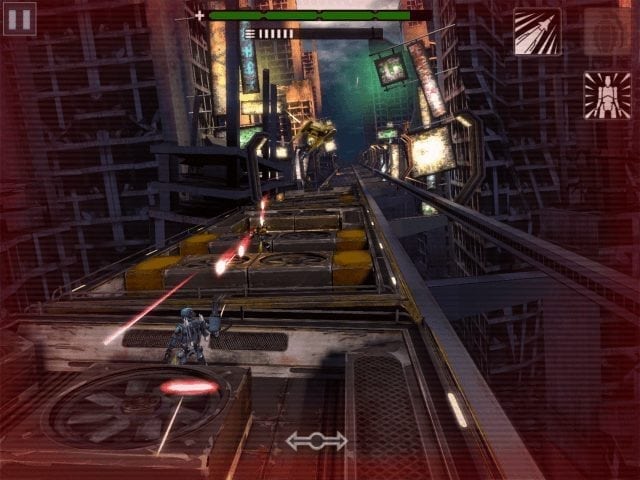 EPOCH.2 usually costs $4.99, but it is available for free as of August 13th perhaps in conjunction with IGN’s Free Game of the Month promotion. We strongly recommend EPOCH.2 if you are a fan of cover-based shooters, and are looking for a decent way to kill time on your daily commute. Besides, it is free!