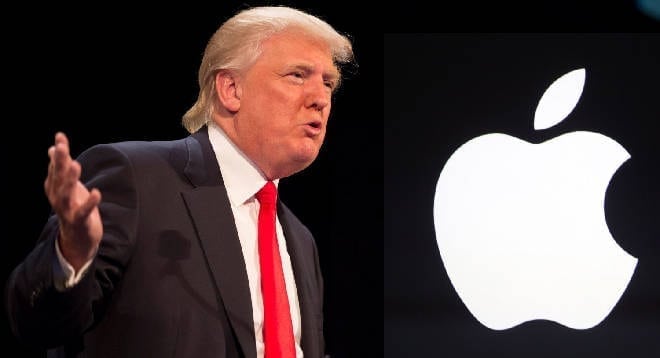 The new President-elect Donald Trump hasn’t even been inaugurated yet and he has already got a few changes in mind for Apple. Everyone is aware of the falling out Tim Cook and Donald Trump had during the election campaign. Donald trump had promised more jobs and according to his recent interview with New York Times, he has something in mind to fulfill his promise.

Donald Trump Claims He Had A Talk With Tim Cook

The president-elect also mentioned that he is willing to offer Apple incentives including “substantial regulation cuts” and a “very large tax cut.”

“I said: ‘I think we’ll create the incentives for you. And I think you’re going to do it. We’re going for a very large tax cut for corporations. Which you’ll be happy about.'” Trump told the NYT.

However, he clarified that big tax cuts are currently not possible because of regulations. He also blamed the “ridiculous” regulations which make it hard for companies to operate and expand.

While campaigning at Liberty University in Virginia earlier this year, Trump said, “we’re going to get Apple to start building their damn computers and things in this country instead of in other countries.”

In response Cook said that the Cupertino-based company manufactures iPhones in China because the country has put an “enormous focus on manufacturing and vocational skills.”

Apple doesn’t make it’s parts overseas in one place. For example it’s batteries are made by either Samsung in South Korea or Huizhou Desay battery in China. The Touch ID sensor by TSMC and Xintec in Taiwan. The accelerometer by Bosch in Germany and Invensense in the United States. Whereas the main chassis assembly is in China being run by Foxconn and Pegatron. Apple sources its materials and components from other manufacturers that operate throughout the globe. So there is no defined one plant or a factory that they could move back to the U.S.