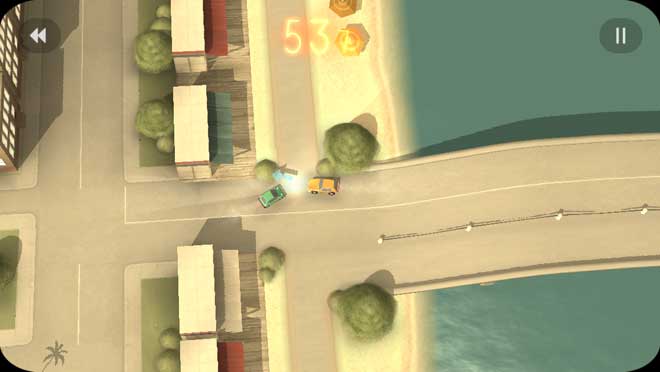 Does Not Commute from the developer, Mediocre-AB is a powerful and challenging strategic driving game that is both fun and stressful. This heart-pounding challenge is yet one of the greatest and most addicting games I’ve seen in a while. I rank it next to one of my favorite mobile games, Alto’s Adventure.

Based on the lives of different characters and their routes to their everyday destinations, Does Not Commute puts you in a small town in the 1970’s in the shoes of many of the people who experience the thrill of almost crashing. The goal of the game is to arrive at each destination under the amount of time given and at the same time not crashing with the other drivers. There are all kinds of vehicles; sports cars, hot dog trucks, school buses and many more. Once you start the game, the route of your first drive is saved. The amount of time that you took to reach the destination that the blue arrows designate is deducted from the starting time. After you reach the destination, the next driver is introduced. When the 2nd driver starts driving, the first driver starts driving on the route that you took to the destination, making this game even more difficult because basically you are trying not to crash into yourself. The developer refers to this as a temporal paradox. 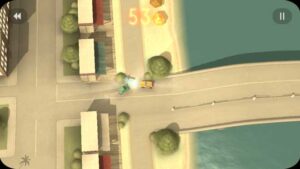 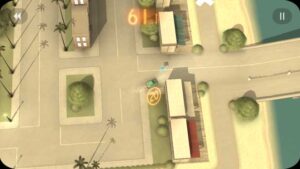 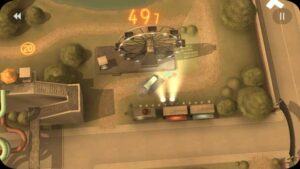 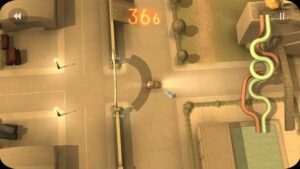 This goes on until you reach the amount of drivers needed to get to the next level. Also, you must not run out of time. Every time that you mess up and want to start over, you lose one second as the cost of starting over. If you crash, the car that you are driving becomes slower. I find it better to start over because I’d rather lose 1 second opposed to 10. To get more time, there are power-ups that allow the car you’re driving to be faster or make the other cars slower so you don’t crash. There are also a couple of glowing orange circles on the city streets that give you more time based on the number inside the circle.

One of the things that I do to avoid crashing with my past self is staying on one side of the road. This way, you have a smaller risk of crashing head-on with the other cars.  This also gives you more control.  The graphics are beautiful, colorful and hi-resolution.

Does Not Commute is a fun, thrill ride. It is available for iPhone or iPad. Check it out in the App Store.