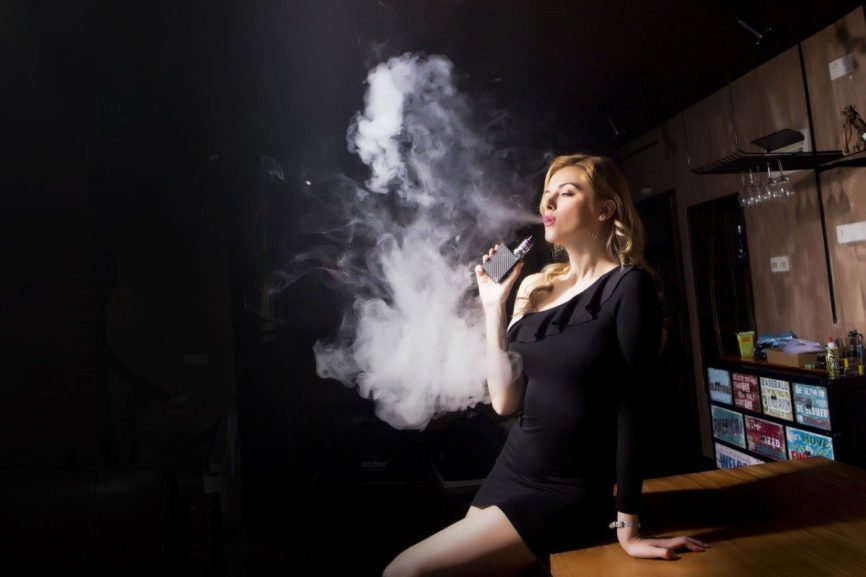 Image by haiberliu from Pixabay

Some people think that nicotine-free vaping is completely safe for humans. As such, they switch from smoking to nicotine-free vaping. But, this is a misconception. Vaping is a practice that entails vaporizing an e-liquid or e-juice and inhaling the resultant vapor. Therefore, whether and how vaping affects your health is largely dependent on the content of the fluid that is vaporized.

And, because most e-juices contain flavorings and other chemicals as their ingredients, they can be harmful to your health even if they are nicotine-free. Currently, there is limited data from research on the use of vaping devices. Studies on the long-term and short-term effects of vaping are ongoing. Therefore, it’s still early to comprehensively conclude whether vaping with or without nicotine affects your health.

Over the years, manufacturers of vaping products have consistently marketed their products as healthy alternatives to traditional cigarette smoking. This combined with the desire to quit smoking has prompted many people to switch from traditional cigarette smoking to vaping. It’s, however, important to note that preliminary studies have revealed certain things about vaping with or without nicotine.

Some researchers have established that toxic effects of vaping may not be necessarily caused by nicotine but other chemicals used by manufacturers to add flavor to e-liquids. It’s crucial to note that this was the case for the e-liquids that had food-grade ingredients.

A 2015 study revealed that when the glycerol and propylene glycol found in e-liquids are heated, they form compounds that eventually release formaldehyde. Research has revealed that formaldehyde is a carcinogen with the potential to cause different types of cancer. But, overall, nicotine-free vaping is less harmful than smoking traditional cigarettes.

Side Effects of Nicotine-Free Vaping

Non-nicotine vape juice has components that irritate the airways and mouth when heated. Research has shown that a single puff from a nicotine-free vape pen can have enough glycerol and propylene glycol to irritate the airways and mouth of the use. These are the most common ingredients of vape juices. Whenever these two substances are vaporized, they form carcinogenic or cancer-causing compounds that a person inhales.

Nicotine-free vaping can also trigger a negative response by the immune system. That’s why some manufacturers label their products as unsuitable for use by people with aggressive immune systems. An in-vitro study conducted in 2018 established that exposure to nicotine-free vape can lead to an inflammatory response by the cells of the immune system. This response can be prominent among people in the throat and lungs. But, heavy vaping can leads to an inflammatory response across the entire body.

What’s more, the flavoring compounds of e-juice can cause an inflammatory response in some white blood cells. Consequently, the ability of these cells to function in the immune system can be affected negatively.

Exposure to nicotine-free vapor can be toxic to the human body cells. For instance, some cells can die from the exposure of this vapor even if it doesn’t have nicotine. The most affected cells are those in the lungs and those responsible for defending the body from infectious particles, toxins, and the allergens found in the inhaled air.

Additionally, exposure to different flavoring additives found in no nicotine vape can be harmful to the cells of the blood vessels of the heart. These play a crucial role in ensuring the health of the heart. When these cells die, vascular conditions like heart disease, blood pressure, and diabetes can develop.

Why Nicotine-Free Vaping is Gaining Popularity

It’s no secret that more people are switching from traditional smoking to nicotine-free vaping because they consider it a healthier alternative. This can partly be attributed to the fact that most studies have focused on the adverse effects of traditional cigarettes, particularly nicotine.

According to the Centers for Disease Control and Prevention (CDC), cigarette smoking leads to over 480,000 deaths in the United States every year. This makes cigarette smoking responsible for about 20% of all reported deaths. What’s more, cigarette smoking risks are highly likely, and therefore, more significant than those of nicotine-free vaping.

Nevertheless, most manufacturers of the non-nicotine vape pens and other vaping devices make false claims that their products are safer than traditional cigarettes. But, this is contrary to the findings of the studies that are being conducted. Preliminary investigations have suggested that vaping also has health risks.

But, to reveal the long-term effects or risks of vaping with or without nicotine, researchers will have to conduct further studies. And, this is likely to take several years. Nevertheless, preliminary research has shown that vaping with or with nicotine can affect your health negatively.

Vaping without nicotine can help in the prevention of nicotine dependence. However, the habit can still affect your health negatively. That’s because even if an e-liquid doesn’t have nicotine, it can have other toxic ingredients. And, though some of the ingredients of e-juice are classified as food-grade, the additives and flavorings can have harmful effects on the human body. This is particularly what happens when they are heated and vaporized.

Research has revealed that e-liquid contains chemicals that are harmful to the human body cells and lung tissue. When the chemicals found in e-juice are heated, they trigger carcinogens’ release. What’s more, research on vaping safety is still underway. Large-scale researches are crucial for the establishment of the risks and effects of vaping with or without nicotine. Nevertheless, preliminary research indicates that vaping is not completely safe whether with or without nicotine. As such, it shouldn’t be considered a completely safe alternative to smoking traditional cigarettes.

How Long Does It Take for CBD Oil to Work?