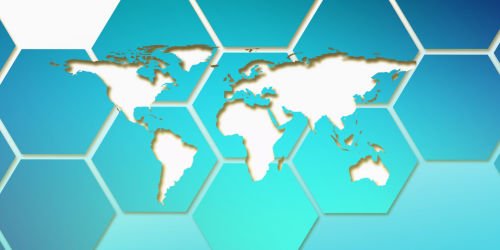 This article by SARAH ROTHRIE was originally published at CoinCentral.com on December 3, 2018. It is being republished here with the publisher’s permission through syndication.

Blockchain technology has taken a lot of flak over its time. Mainly, since Bitcoin took off at the end of last year, and everyone suddenly wanted in on the action. Amidst a whirlwind of ICOs with the most tenuous of use cases, there’s been much discussion of whether blockchain is a “solution looking for a problem.” However, distributed computing itself is at the very heart of how blockchain operates, making distributed computing networks one of the blockchain’s indisputable killer apps.

The reason for such a high level of confidence in this statement is that the technological world has evolved to a point where we need more and more computing power. To some extent, we already have that power without a distributed computing network, but there is no way to harness it. Various scenarios exist where the current model of centralized data centers is failing, including:

Solutions currently exist for all of these scenarios, but they are generally fraught with challenges. Cloud computing power is reaching a tipping point of supply and demand due to the rapid pace of AI development. Graphical rendering is clunky and slow to deliver. Cloud storage providers are building more and more data centers, but their development threatens to outpace the ability of energy grids to provide the energy needed to run them.

Distributed computing offers a solution to these problems by using blockchain to monetize existing computer resources. In this way, distributed networks of computers come together to exchange resources between those who have them and those who need them, without building new and more expensive hardware to cope with demand.

During 2017 and 2018, a raft of blockchain projects has promised to deliver on the benefits of distributed computing networks. As we finish up the year, which ones are at the top of the pile? Here, we review the top projects currently leading the distributed computing pack, according to the market cap rankings.

Golem tops the list, having had a stormer of a year in 2018. The project had come under fire from its community after the ICO ended in 2016 and progress seemed to have stalled. However, the team launched the Golem mainnet in April, leading to a surge in value. Users can now download a beta version of the Golem app for themselves, earning GNT tokens for leasing out their spare computing capacity.

Earlier in February, the project had been one of six to launch the Ethereum Capital Fund, directing investment to those newer projects that help to advance the Ethereum ecosystem. 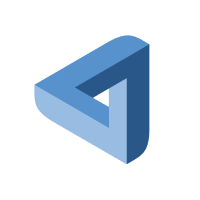 MaidSafe is very much a slow and steady wins the race kind of a distributed computing project. It was founded in 2006, completed an ICO in 2014, and there is still no date for a beta version release. These timescales – eras in crypto years – are off-putting for the get-rich-quick investor. But taking a different angle, a product that is twelve years in the making has its attractions.

First, there is little chance the dev team is just going to drop it after they’ve put in so much work. Second, there’s every chance that the final product is actually going to deliver what it promises if the team isn’t rushing it to market.

For these reasons, MaidSafe maintains its high ranking. While the live product is still some way off, the company did release its PARSEC consensus paper earlier this year. This release pushed the value of SAFE coins up at a time when Bitcoin was trading at a pretty static $6k.

One of the newest coins on the distributed computing block, Holochain differentiates itself by not actually being on the blockchain in any traditional sense. The idea is that each user of a dApp will run their own node, be it on a smartphone or home computer, and essentially have their own chain. The chain allows them to communicate with the rest of the Holo network. At the same time, they can go offline, and their chain will continue working.

Despite being a new coin, Holochain has been around nearly as long as MaidSafe. The company launched the beta version earlier this year after successfully concluding an ICO. The focus of the company is now hosting various hackathons around the world, encouraging developers to build dApps on the Holochain network.

Storj is the original decentralized file storage solution. The project has made a couple of announcements this year. In August, it launched a partner program so that open source devs can earn revenue if their users store data with Storj.

Storj is due for its full launch in January 2019, so although it’s currently not breaking the top 100 coins, that could change. Particularly since reports recently emerged that Amazon could also soon be implementing distributed computing storage for its own customers.

iExec recently launched its trusted execution environment, which is the first distributed ledger to use Intel’s Secure Guard Extensions (SGX) to secure application code on the platform. Using SGX means that dApps running on the iExec platform are entirely private, and cannot be inspected by anyone except the end users.

In a further boost for mainstream acceptance, the company also recently announced a partnership with IBM. Using IBM cloud enables enterprises to run even their most sensitive workload on shared hardware.

Filecoin is another decentralized file storage project and was one of the biggest ICOs in history, raising $257 million. However, there is currently no token trading until the company launches its mainnet. Hence, it didn’t make it onto our main list. The only way to buy Filecoin is through Filecoin futures.

IOTA is one of the largest decentralized computing projects. However, as it’s designed to facilitate transactions between IoT devices and not computers themselves, it didn’t make our main list either.

Any or all of these projects are well worth watching, even in the current bear market. Amazon and IBM are both companies experimenting with distributed computing, which is a powerful indicator that it’s here to stay. As a use case for blockchain, distributed computing is a compelling concept that you shouldn’t underestimate.

ABOUT THE AUTHOR: Sarah Rothrie ran away from a corporate job so she could travel the world. After doing that, she found herself a much-loved new career as a freelance blockchain technology writer. She is now a full-time digital nomad, who travels the world while working on her laptop. In addition to writing and researching, she also runs her own websites – find out more at sarahrothrie.com. You can usually locate her somewhere near the food.
https://sarahrothrie.com

BlockchainComputingCryptocurrency
Previous ArticleBitcoin and Taxes: What You May Not KnowNext ArticleINVESTING IN BITCOIN: NEW INSTITUTIONAL PLATFORM BY FIDELITY