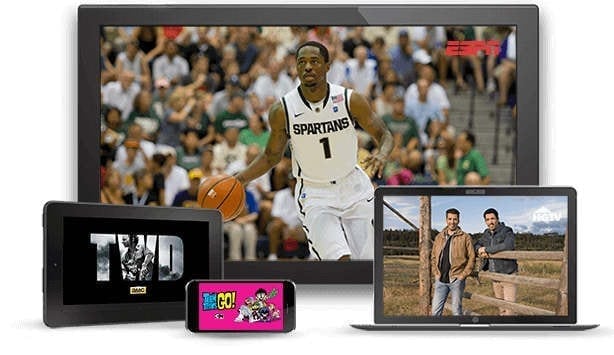 Apple has been one of the biggest holdouts on Sling, which offers a stripped-down package of cable TV channels over the Internet. A basic Sling package runs $20 per month and includes ESPN, CNN, TBS, TNT and various other channels.

There has been ample speculation about when and whether Apple will launch its own form of streaming TV. As of December, those plans had been put on hold. Some of its plans have been stymied by complex negotiations with channel owners so the addition of Sling is particularly notable as Apple had reportedly been working toward developing its own live TV offering. Once an oddity among Apple’s hardware offerings, Apple TV has now grown into one of the company’s most intriguing products. The streaming video box reportedly had its best sale quarter ever at the beginning of 2016.

“We’re really excited to add Sling TV to the fantastic lineup of Apple TV apps that are ushering in the future of television,” Eddy Cue, Apple’s senior vice president of Internet software and services, said in an email message. “Apple TV users are going to love being able to choose from Sling TV’s great selection of live sports, news, and entertainment.”

Sling TV was launched last year. The launch on Apple TV is a pivot point for the company, which is putting a greater emphasis on on-demand programming while still providing a core bundle of live TV channels like ESPN and CNN. Sling is also launching a new user interface on Monday, CEO Roger Lynch said ahead of the announcement at Apple’s conference.

While Sling TV is already available on other internet-connected TV boxes, like Roku, “Apple TV has always represented the most requested platform since we’ve launched,” chief product officer Ben Weinberger said in an interview. He describes the service as “the first multi-channel, true live TV service on Apple TV.”

In other words: An appealing prospect for people who want access to the cable bundle, but don’t want to pay a company like Comcast or Charter for hundreds of channels. This latest update will definitely open new avenues for the people already using Apple TV and is bound to bring in loads of new customers.