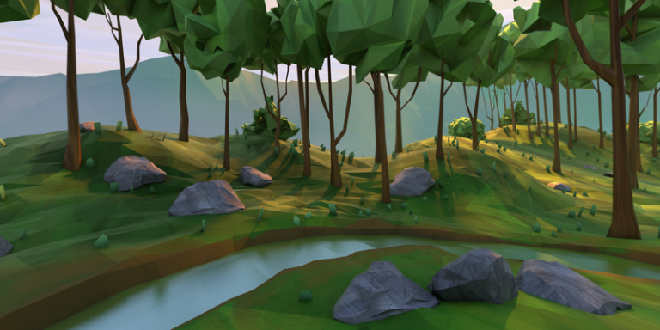 Google is right now busy developing it’s Virtual Reality platform named Daydream. The company is currently sharing videos of virtual reality. It’s latest video shows how a user is going to be represented in the Virtual Reality environment. It seems that Google has decided to represent users as googly eyes in Daydream.

Google’s Virtual Reality engineer, Mr. Rob Jagnow, seems to think that this is an apt representation of Virtual Reality users of Daydream. According to him, in a blog post, this representation is simple and it still is able to “convey a surprising degree of emotion, intent, and a number of social cues.” He also says that “Eyes give people a location to look to and speak towards, but they also increase face-to-face communication by making even basic avatars feel more human. When we combine this with hands and a spatially-located voice, it comes together to create a sense of shared presence.”

The platform was unveiled in May 2016. The videos show two new ways in which Daydream users can interact with Virtual Reality.

The first video shows how a user can celebrate the bowling skills of another user. The video is titled as Bowling. In the video the bowler is seen holding two HTC Vive controllers.

The other video titled Puzzle shows users of Daydream working together to solve a jigsaw puzzle together. The users are both shown using a Virtual Reality headset avatar with each user’s avatar being customized. One is shown by an HTC Vive or Oculus Rift headset. The other is shown using a Google Cardboard with a baseball cap.

The Daydream platform is going to debut in fall of 2016. Until then we will have to make do with these videos showing what Daydream can do. It seems however, that eerily floating googly eyes and hands were not a smart choice. They seem scary to me. What do you think? Tell us in the comments below.