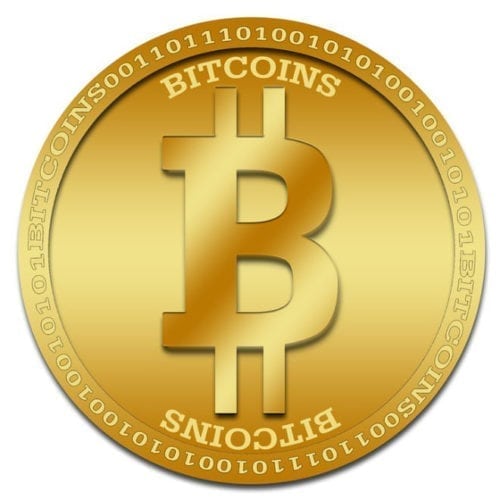 This article was written by Gary Ross and was originally published on UpCouncel.com. It is being republished here with the publisher’s permission through syndication.

The meteoric rise of cryptocurrencies has taken the world by storm. Innovators, investors, users, and governments are scrambling to wrap their heads around cryptocurrencies and the blockchain technology that they rely upon. The emergence of a new market and business model has created great opportunities for participants, but it also carries significant risk.

Cryptocurrency is, by any other name, a currency—a medium of exchange used to purchase goods and services. Or, as some have suggested, cryptocurrency is a “peer-to-peer version of electronic cash.” However, this currency has two qualities that distinguish it from traditional bills and coins.

First, cryptocurrency is a virtual currency that is created through cryptography (i.e. coding) and developed by mathematical formulas through a process called hashing. Second, unlike traditional bills and coins that are printed and minted by governments around the world, cryptocurrency is not tied to any one government and thus is not secured by any government entity. The fact that cryptocurrencies are not secured by a government authority has led to concerns from critics that this is the second coming of Tulipmania, because we are ascribing value to an otherwise valueless item. However, the potential for cryptocurrencies as a medium of exchange remains enormous.

Blockchain is the technology at the heart of most cryptocurrencies, and explaining the technology in detail would require a blog post of its own. What is important to know is that blockchain is a record of peer-to-peer transactions categorized into blocks on a distributed ledger. Despite the obtuse terminology, blockchain functions similarly to a local bank authorizing and recording a transaction, but instead of only one party holding the entire ledger book, the transactions are recorded communally by member nodes, with each node being a computer in a peer-to-peer distributed network.

Regulation in the US – Utility Tokens v. Investment Tokens

In the United States, there has been no federal regulation of cryptocurrencies. Instead, cryptocurrencies are often grouped into two non-binding categories: (1) investment tokens that fall under the purview of already existing U.S. securities laws like the Securities Act of 1933 and the Securities Exchange Act of 1934, and (2) utility tokens, which remain largely unregulated (for now).

Whether the tokens being offered in connection with a particular cryptocurrency are security tokens is decided on a case-by-case basis that even experienced securities lawyers can disagree upon. Tokens are usually analyzed under the four-part Howey Test below to see if the token is in fact a security. Securities must meet the following criteria:

Each characteristic of the token is analyzed against this framework to see if the cryptocurrency is in reality functioning as a new-age security. If it is, then regulators treat it as such, and cryptocurrencies must then be registered and handled with all of the same disclosures and precautions as any other security sold in the United States or to U.S. investors.

Cryptocurrencies can also be categorized as non-security utility tokens. These tokens purport to offer intrinsic utility and value, and are typically instrumental in powering the blockchain technology. These tokens function more like commodities than securities, and while they may act like currency in a fully functional network, they also have other values.

After analyzing the Munchee Tokens under the Howey test, the SEC concluded that they were investment contracts because purchasers of the tokens had an expectation of profits predominantly from the efforts of Munchee and its staff. The SEC further concluded that Munchee had primed such expectations through its marketing efforts.

While this new case does not eliminate the distinction between utility and security tokens, it does caution that, when deciding whether a given token is a security, the SEC will look beyond utility at the character of the instrument and base their conclusion based on the terms of the offer, the plan of distribution, and the economic inducements held out by the token issuer.

So far only the state of New York has issued any kind of regulation specifically regarding cryptocurrencies: the BitLicense. The BitLicense is New York’s attempt to control cryptocurrencies within its borders by requiring cryptocurrency businesses to register and comply with several different disclosure and financial obligations. The regulation has been divisive, and many businesses have rallied against its high costs. While a few companies have applied for and received the license, most other companies have simply left the state or stopped offering services to its residents.

The United States is not the only country grappling with how best to regulate cryptocurrencies. Many cryptocurrency businesses face daunting questions regarding in which jurisdictions to form and to do business in. In the end, the question is quite difficult and fact-specific, requiring communication between legal counsel in different jurisdictions and taking into account nebulous and piecemeal country-by-country regulations. It is impossible to do a detailed analysis without knowing how a country’s existing securities laws, financial regulations, and banking regulations will operate (or will be adapted to operate) with cryptocurrencies. The fact that cryptocurrency-specific regulations are still developing does little to add clarity, and makes the analysis even more challenging. Yet a few global trends are noticeable:

Other countries, like Japan and Australia, have adopted disclosure and regulatory measures, or have companies register with the applicable government authority. Several countries have also tried to implement disclosure or registration regulatory regimes when it comes to cryptocurrencies, but such regimes are cumbersome and expensive to fledgling companies.

On the other hand, Switzerland and Singapore, two of the countries at the forefront of the cryptocurrency market, have simply stated that cryptocurrencies are assets not currency, and that they will treat them as such under existing regulations.

More on this topic: Japan & Crypto – Lessons in Blockchain Regulation