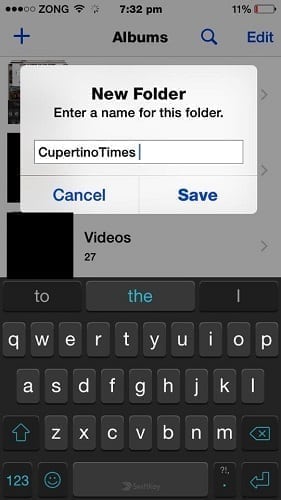 It is pretty great how in the iOS Photos app albums are created automatically upon adding photos. It does make things convenient for users which is a core philosophy behind the design of every Apple product ever. However, this feature can create troubles of its own. Creating album after album reduces the clutter of photos in the gallery but can potentially result in a clutter of albums. So we at your favourite blog have found an awesome solution to this problem and the best part is it is already in your phone. Learn how to create folder in iOS photos app after the jump. 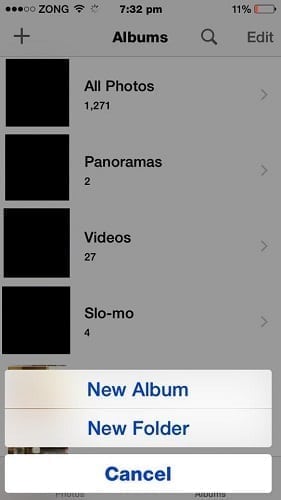 Apple has improved their Photos app for iOS a lot over the years. Although there wasn’t much change till iOS 6 but since then amazing features have been added one after the other resulting in significant improvements. The organization into Years, Collections and Moments was introduced in iOS 7 as opposed to multiple categories and tabs which was the way to go in the previous versions. Editing tools were also introduced like the option of adding Filters to photos. As with the entire OS the interface for Photos app was also changed and was simplified and only had 3 tabs at the bottom down from 6.

With the ability to create Albums organization become a whole lot easier as opposed to having random photos strewn about. While the Photos app creates Albums automatically you can press the ‘plus’ button to create an Album manually. But as we said before this too can become complicated after a while. Too many Albums make things hard to find and make a lot of mess by creating a lengthy list of Albums which the user has to scroll through.

To overcome this there is a really simple fix that is already built into iOS 8. Hold the ‘plus’ button – which is used to create Albums – for a couple of seconds and you will see an option appear to create a Folder. Tap that and a new Folder appears within which you can put several Albums. This is how you can create folders in iOS Photos app for better organization.

Suppose you go on a trip for three days. An Album is made for the photos that you take each day, so at the end of the trip you have 3 Albums. What you could do is make a Folder for trip xyz and put all 3 Albums into that Folder.

This can surely simplify your life so go on and take as many pictures as you like.

iOSphotos
Previous ArticleTaiG Jailbreak Tool Now Supports iTunes 12.1Next ArticleSoon You Will Be Able To Use Android Wear With iOS!