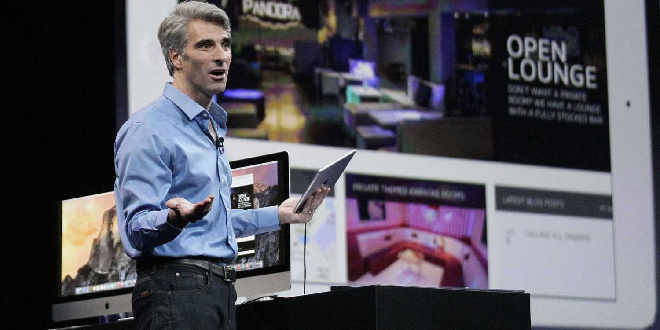 Craig Federighi has written an op-ed for The Washington Post related to the Apple/FBI encryption battle in which he voiced his criticisms on the government requests to create a backdoor into iOS. In the piece which was published yesterday Federighi wrote that they have to stay ahead of the attackers who “seek to pry into personal information and even co-opt devices to commit broader assaults that endanger us all”. Federighi brought to our attention the fact that in the past 18 months millions of people had their sensitive information breached and some were defrauded as a result. However he noted that this was just the tip of the iceberg.

He said that, “Your phone is more than a personal device. In today’s mobile, networked world, it’s part of the security perimeter that protects your family and co-workers. Our nation’s vital infrastructure — such as power grids and transportation hubs — becomes more vulnerable when individual devices get hacked. Criminals and terrorists who want to infiltrate systems and disrupt sensitive networks may start their attacks through access to just one person’s smart phone.”

He added that that the encryption acts as “a critical line of defense against criminals who seek to implant malware or spy ware and to use the device of an unsuspecting person to gain access to a business, public utility or government agency.” This is what makes it dangerous for Apple to not continue to advance their security.

“That’s why it’s so disappointing that the FBI, Justice Department and others in law enforcement are pressing us to turn back the clock to a less-secure time and less-secure technologies. They have suggested that the safeguards of iOS 7 were good enough and that we should simply go back to the security standards of 2013. But the security of iOS 7, while cutting-edge at the time, has since been breached by hackers. What’s worse, some of their methods have been productized and are now available for sale to attackers who are less skilled but often more malicious.”.

17 technology companies came together to file an amicus brief. The list includes the likes of Airbnb, Kickstarter, Twitter, Square, Reddit, Medium, LinkedIn, and eBay. Apple has picked up much outside legal support as the March 22 court hearing draws near which pertains to an order to bypass the pass-code on the handset that was in possession of one of the San Bernardino perpetrators.