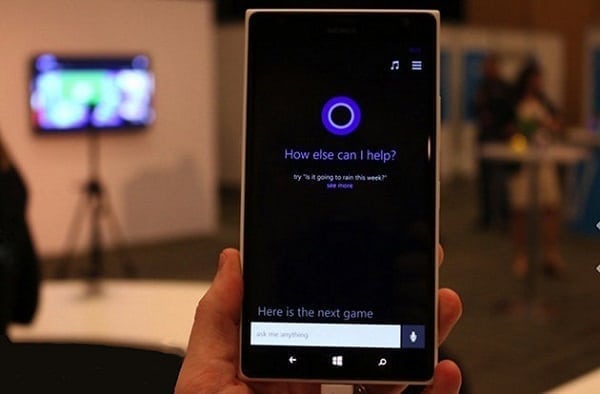 Cortana the digital assistant by Microsoft is coming to iOS and Android as an app. Microsoft had previously announced back in November last year that they planned to bring Cortana to various operating systems. Now there are reports that the digital assistant will be available as a standalone app on all devices running iOS and Android. This means that it will be on virtually all smartphones and tablets.

Microsoft’s plan is to include Cortana into Windows 10, after having included it in the Windows Phone, which will be launching late this year and it seems now that it will be seen on the mentioned app stores at the same time. Cortana will be more human-like than Google Now and more refined than Siri and will anticipate users’ needs. Having it on Windows 10 will be the first time that such digital assistants step out of mobile OSs and into desktop computing, well after Clippy that is. Another announcement by Microsoft informed us that they are currently improving their digital assistant and the version that will be released will be the improved Cortana which is codenamed, Einstein. Reportedly it will read and understand you emails among other things that will be automated by it.

The software giant’s decision to introduce Cortana to iOS and Android is not surprising as they have shown a willingness to bring their best apps and features to other leading platforms that aren’t Microsoft. This strategy suits Cortana better than any other of Microsoft’s software because the way Cortana works is that it gets better the more it is used to put it simply. A number of complex machine learning algorithms are working in the background that improves Cortana’s ability to serve so making it accessible to a larger number of users is a win-win.

It is a move very much in-line with Microsoft’s new philosophy, which was actually their original philosophy, of providing software services and applications regardless of the choice of hardware and OS case in point Outlook (We also covered OneNote getting a widget in iOS 8). We can’t wait to see Cortana on an iOS device going head to head with Siri at Siri’s home.