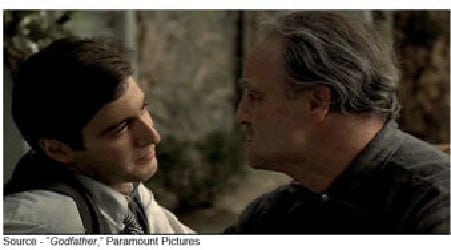 “A month from now this Hollywood big shot's gonna give you what you want.” – Don Corleone, “Godfather,” Paramount Pictures, 1972

The following article was written by Andy Marken who has given us permission to republish this article through syndication.

Consumers Like the Value of the Right OTT Entertainment

The world has been enthralled with visual storytelling since the first movie was shown in 1895.

Folks used to dress up and go to a theater to watch shorts, which became longer and longer. As more and more of them emerged, the motion picture industry thrived.

When the first TV show flickered on the tube, many said the new industry would kill theaters, but both got bigger and better/worse.

Internet/OTT TV slowly emerged and with Netflix and others perfecting the content/delivery to any screen, any time, people began forecasting the death of appointment TV and the diminishing importance of movies.

The 4K iPhone (and others) became popular along with YouTube and Facebook’s Story/Video. Even Twitter got video fever.

The demise, or at least the devaluation of meaningful films, strong storylines and quality cinematography is again imminent … or just over the horizon.

Sure, my kid and his friends watch Snapchat and Instagram videos.

They also bounce between Netflix, Amazon, Hulu, Roku, iTunes, Vimeo–whatever is on our smart TV, their computers/tablets or smartphones.

It’s digital entertainment and it has grown so quickly that we are moving to a new more direct, more personalized form of entertainment. 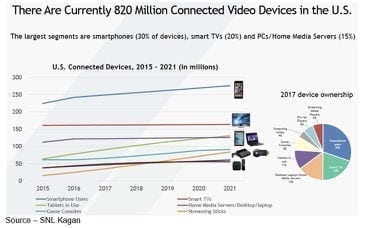 Online Growth – The expansion of online everything continues to grow and so does the opportunity for OTT video delivery/viewing.

Worldwide, people watched an average of 5 hours and 45 minutes of online video weekly last year, which is 34 percent more than the year before.

It’s probably the post-millennials dragging that number down because teens, tweens and Gen Zers can binge that in a couple of days and still have time to squeeze in studies/work.

And the trend will continue because the coming generation(s) didn’t just grow up with the internet, they grew up with a screen constantly in their hands and instant access to content. 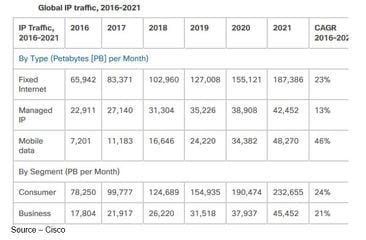 More, More – While global internet traffic continues to grow, it is the consumer traffic – primarily streaming data – that will account for more than 80 percent of the content flow, not businesses.

By 2021, Cisco estimates that a million minutes of video will cross the global IP networks every second (5M years of viewing every month) and 82 percent of the consumer traffic will be IP video.

This year, the number of global internet users rose to 4.021 B, and that’s only 53 percent of the world’s population.

In other words, there are more than 3.579 B potential viewers to be reached.

While the TV is still the major viewing screen, mobile data traffic will increase seven-fold by 2021 to more than 48.3EB per month or 17 percent of the total IP traffic. 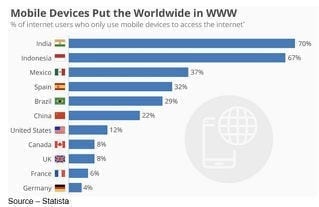 Keep Moving – In developing and emerging countries without internet infrastructure; it is faster, easier and more economic to expand service with mobile service connections than with underground cable.

With more mobile devices – computers, tablets, smartphones – than people, it’s only natural that the younger generation (and emerging economies) would turn to the screen in their hands for their entertainment – long- and short-form.

In addition, with 5G and ATSC 3.0 slowly rolling out over the next three years, the volume of streaming content to smaller-screened devices will only increase.

Add to that the next-gen TV standard, ATSC 3.0, and the industry will be able to deliver even better OTA (over-the-air) content, immersive audio, improved indoor/mobile reception and zoned programming/advertising (more targeted).

Keeping pace with the consumer shift to any device, any time, anywhere TV; networks, program distributors and yes, social media folks, noticed that when people shaved, cut or never had a cable service, they signed on with the subscription video leaders – Netflix, Amazon, Hulu and others for their information/entertainment.

Last year, the industry estimated that the three took in nearly $15 B in monthly fees.

Paid Video – Whether people get their video content through subscription or with ad-supported (free) content, the two services will vastly outstrip other options.

Of course, the social media folks – YouTube, Facebook Video, Tencent, Alibaba, Baidu and others – smell more money (subscription and ad) so they’re cranking up their “gotta’ have it, gotta’ watch it here” pitches. 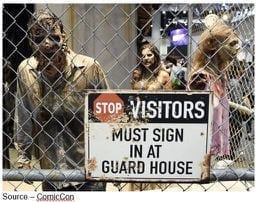 Trapped by Habit – Many people stay inside their cable bundle because well, it’s just comfortable that way and there’s no need to change when life is so good.

We would venture to guess that most people stay with their cable bundle because they’ve had it for years and face it, change is difficult.

The first time we poked outside, we added Netflix because the shows were new, fresh and better than the rehashes we had to chose from in the bundle channels.

People add to it in stages, realizing that they’ve never watched 90 percent of the 1,000s of channels and add Hulu, Amazon Prime (free two-day service plus video – great!) to the OTT mix.

No, the cable doesn’t suddenly disappear.  It becomes what it’s good for … a pretty reliable delivery pipe.

One Isn’t Enough – While cable nevers and cable cutters move to OTT to save money, it is really about the choice of the best content around; so many end up eventually with two or three streaming services and probably still save some money.

Of course, having high school kids has a lot to do with it because they prefer to stream to their screens, even though they do watch a lot on the family room screen.

Because of the rush to become a major factor in the OTT arena, we’re seeing a new phase of megamergers – AT&T/Times Warner, Disney/Fox, Fox/Sky, Viacom/CBS — which will change the delivery options landscape but not the viewing options.

A pipe with more recycled options is still a pipe.  A service with fresh, gotta-watch content is entertainment.

Unless the old guard folks are simply eyeing the content-rich libraries, purchasing studios and networks means walking over old ground.

And with the growing number of OTT options, the demand for great content from indie filmmakers has never been better.

The days of Nielsen audience measurement is no longer valid.

That’s what captures and keeps subscribers! 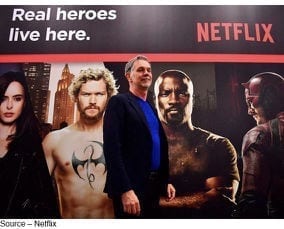 Powerhouse – With comprehensive and detailed information on subscribers likes/dislikes; when they turn to their content, leave it; and how they view it; Netflix can tailor content to appeal to more and more viewers even before they know what they want.

The key to Netflix growing subscriber base (more than 100M worldwide) and TV/film industry impact isn’t it’s deep-pocketed content acquisition budget (of course, that helps) but the data it analyzes to get insights about viewers to predict what they want even before they know what they want.

It’s extensive use of analytics and robust recommendation system influences 80 percent of the content we watch.

It also enables the company to acquire content – such as the Cannes opening night film Everyone Knows as well as TV series like Weeds and Scandal.

To gain a global foothold, Netflix often had to make “concessions” in non-English speaking countries to also produce content locally. 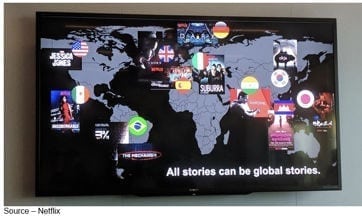 We Like It – Netflix has proven what Hollywood has long known … a good storyline that’s well presented knows no borders.

The move proved what Hollywood has long known–video entertainment and content don’t have borders.

A show or film appealing to a significant audience in the U.S. also drew major viewership in Australia, France, Belgium, Indonesia and vice versa.

While cord nevers had a head start, cord shavers and cutters are rapidly gaining momentum worldwide.

Allan McLennan, Chief Executive of PADEM Media Group, said this year will be a pivotal year for online video as providers increase their use of AI/ML to help them provide consumers with a more accurate, personalized video experience.

I Did it my Way – There are hundreds of different reasons why people like OTT video services, but the real reason it satisfies their individual needs when they want a particular type of video content.

“Original and unique content are forcing tradition-bound cable services to rethink their business model to be better,” McLennan noted.  “Content providers are increasingly going direct-to-consumer and people are creating their own bundles.

“The attraction of a 1,000-plus channel bundle is wearing thin, even for boomers and boomers-plus,” he added.  “People will pay more to have their content aggregated to an efficient, convenient service that intelligently provides all of their channel choices. This has the potential to begin providing a lower bundled cost; plus, it will have the added benefit of enabling them to view on any screen, which could be the new, real/perceived value of the content.” 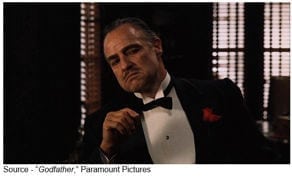 Trust me, you’re going to enjoy your viewing options a lot better than the cable guy bringing in Don Corleone to close the sale by saying, “I’m gonna make him an offer he can’t refuse.  I want you to leave it all to me.”

More articles on this topic: TV Advertisers Need to Pay Closer Attention   •   What is the Alliance for Open Media and Why did Apple Decide to Join?