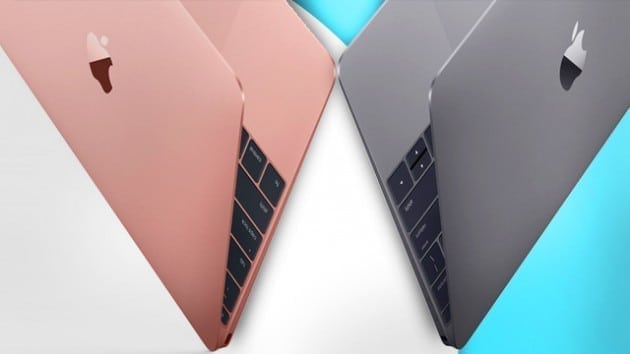 Talks about the Pros in the MacBook series have been floating around plenty. Now it’s time to have a look at Apple’s updates regarding its smaller scaled laptops. Just some time ago, Apple revealed the upgraded 2016 version of its past year’s 12 inch MacBook. Let’s look into the depth of the known specifications to see where this upgrade stands.

From appearance, modifications seem negligible. The internal hardware has been of more importance to them and to the consumers. And as for the interior variations, the upgraded specs don’t seem too different.

To begin with, the most important specification of all devices: The core. In the former 12-inch MacBooks, 1.3 GHz processors with a boost up to 2.9 Gig were installed. This time, the processors installed are Intel based Skylake processors. The max of these is the core m7 model with the same GHz but with an increased boost to 3.1 GHz. The other two toned down versions of the 2016 MacBook consist of cores m3 and m5, with slightly lowered processor performance to compare to their 2015 counterparts.

Next, the battery timing has been modified to provide up to 10 hours, instead of 9, for simple internet usage, 11 hours of videos and a standby time of about 30 days. The hourly wattages of the 2015 and the 2016 MacBooks are 39.7 and 41.4 respectively. Their predominant use, however, would obviously be seen through the laptop’s practical usage, to see whether or not the slightly increased battery life is worth it.

There’s the Graphics Processor, then. Like the formerly mentioned specs, the graphics processing has also been slightly improved. Using an Intel HD 515 this time, Apple did claim the processing to be 25% faster. But only for basic rendering of the more commonly used apps and software. Detailed rendering in large-scale software is still impossible. Clearly not the kind of laptop for gamers.

Apple has forbidden any modifications to the RAM which, in effect, has made it impossible to upgrade it for customers. Well, Apple can’t be expected to allow more RAM for such a small scale device. Still being 8gb, the RAM model has only been varied but it would make a fairly little difference to its functioning. The storage drives, unlike the RAM upgrade, would bring out nearly twice the performance, as suggested by benchmark apps. A good upgrade for users and probably the better one so far, despite greater public demands.

As an extra addition to the series, the Rose Gold finish has been added, including the silver and gold colors of the predecessor.

The improvements seem very minor. And due to some commonly desired improvements being absent, it might not work out for Apple this time. Features like the camera and connections to other hardware remain the same which really makes the 2015 model look optimal. That is especially supported by the fact that the 2016 model is tagged for a whopping $1,299. The cost seems a lot given the minor improvements. In all honesty, the strength of this particular series is fading and considering the price of $929 for last year’s MacBook, it’s probably a foreseeable failure. But of course, it can’t be argued that a practical observation and testing would ensure better judgement.