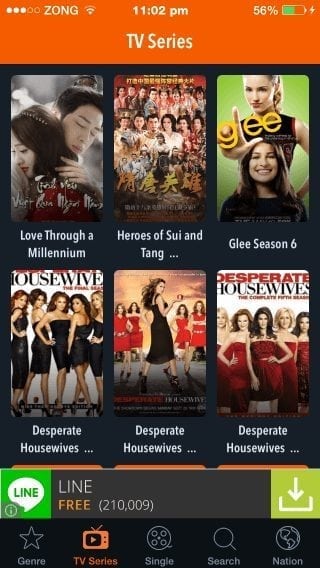 CloudMovies is a MovieBox alternative which may be better for a very important reason. Unlike MovieBox or other such apps, CloudMovies is a legit app in the sense that it is surprisingly available in the App Store and there is no need to sideload it.

UPDATE: There’s a better solution out there. MovieBox for iOS 8.2!

For anyone unfamiliar with MovieBox it is an app which lets you stream movies, shows, anime etc. for free. This is done at the back end by streaming data from torrents. By now you would have realized that this might not be an entirely kosher way of doing things and you would be right. Complete disregard for copyrights and infringing them at a massive scale meant that MovieBox was not available on the App Store. To get MovieBox you need to use a technique called sideloading. Regardless, MovieBox achieved a lot of popularity as thousands of users clambered to get a free piece of the pie.

On the other hand, Cloud Movies provides the same promise of endless, free content while being available on the App Store. It is still there last we checked so if you want to get it you should probably hurry because we think it might be a matter of time before Cloud Movies is taken down from the App Store.

Cloud Movies is kind of like a free version of Netflix with features such as searching for Movie Titles, Directors, Actors and even Characters. Another great thing about the app is the careful curation of the content into a catalog classified by genres. Movies and shows fall under Action, Comedy, Drama and help organize the huge library. 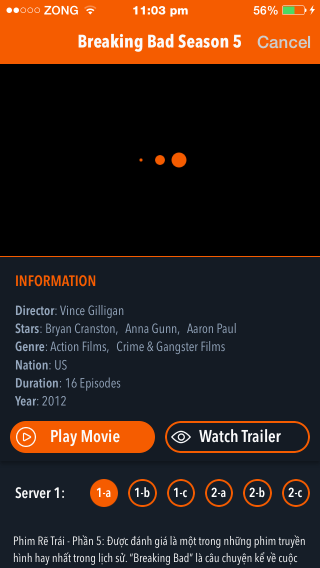 We personally tested Cloud Movies. It actually did not work for us, but we have read confirmed online reports of it working properly; here’s hoping it works for you too!

Cloud Movies has a very simple interface like MovieBox and is also optimized for the latest iPhone models, iPhone 6 and 6 Plus. Something that should change about the app is that the Details of movies and shows should be in English, which is currently in Vietnamese, so as to accommodate a wider user base.

Considering everything Cloud Movies is a great app for a lot of reasons not the least of which is that it is on the App Store. So go ahead and get it on your device. If you are in a dilemma about the app this article is a great read.

iOSmovieboxmovies
Previous ArticleSoon You Will Be Able To Use Android Wear With iOS!Next ArticleWiFi Priority: Prioritize Which WiFi Network iOS Auto-Connects To