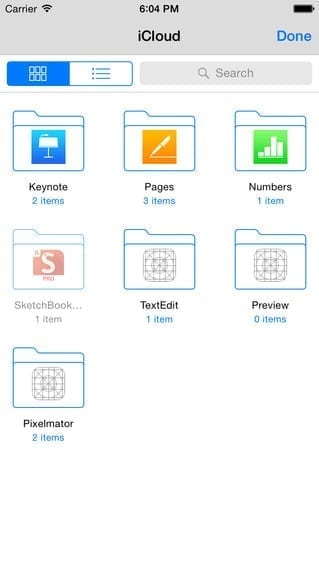 iCloud Drive is an important feature in iOS 8, but there’s no straightforward way to use it directly other than opening it up from an iCloud-enabled app. Thankfully, there is a dedicated iCloud Drive app in the form of Cloud Drive Explorer. Check it out after the jump.

‘Dedicated iCloud Drive app’ is all you need to understand Cloud Drive Explorer. As far as I understand it, the developer simply took iCloud API for the Document Picker feature and wrapped it in an app. The entire iCloud Drive app looks exactly like the UI you see when you open a document from iCloud Drive in any iCloud-enabled app like ‘Documents’ or ‘Keynote’, etc.

Hopefully, the developer will continue working on the app to improve the way it looks. It’s a bit shabby at the moment. However, if you are looking for a dedicated iCloud Drive app, this is the one until something better comes along. Perhaps Apple will launch a separate iCloud Drive app themselves. 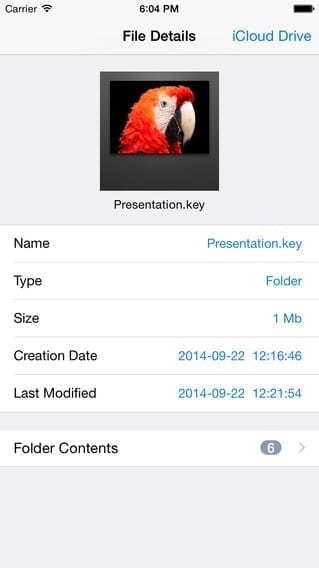 Apple’s Philosophy: It Just Works (In The Background)

iCloud has been here for a few years now, and it has never quite been the direct competitor to Dropbox, Microsoft OneDrive and Google Drive that we had imagined it to be. It has always acted as a seamless transparent background cross-platform syncing service.

This changed when Apple announced iCloud Drive for iOS 8. It is similar to Google Drive in that it acts as one central folder that holds files of your choice that you can quickly access across Mac, iPad, and iPhone.

Still, Apple has not gone down Google’s road where there is a separate Drive app from where you manage your files. iCloud Drive only shows up when you open it up from an iOS 8 app that comes with support for opening documents using the new Document Picker feature.

As such, iCloud Drive is still pretty much a ‘seamless transparent background cross-platform syncing service’ when compared to its competitors.

Right now, if you want to manage your iCloud Drive you either do it from your Mac or from an iCloud Drive-enabled app on iOS. If you want a dedicated setup to get iCloud Drive app, you need to download ‘Cloud Drive Explorer’.