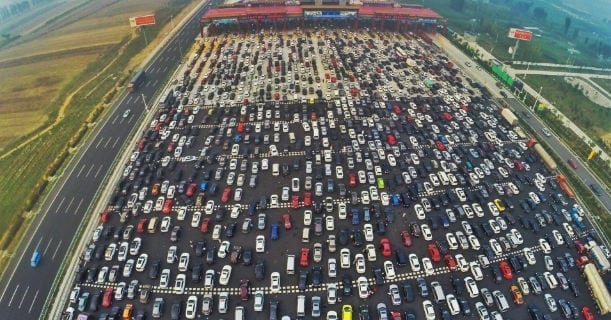 China is the world’s largest vehicle producer and is now considering putting a ban on all fossil fuel vehicles. This move will take a big step against pollution. The Chinese seem to be following the example of France and Britain. Both claim to be putting an end to the sale of gas and diesel powered cars by the year 2040.

Working On A Timetable

Xin Guobin, the vice-minister of industry and information technology, told a forum in the northern city of Tianjin a couple of weekends ago that his ministry had started “relevant research”. He also said it was working on a timetable for China. Even though he didn’t mention an exact date the decision was to be announced, he said that the policy will be implemented “in the near future.” Experts are of the opinion that it would be 2040, the same as that of France and Britain.

The reason for the delay is that too hasty a decision would have accompanying economic implications. This would take quite some time for the country to recover from. The experts are of the opinion that the transition will be smooth if the policy is introduced at a pace which gives everyone in the country a chance to catch up.

“These measures will promote profound changes in the environment and give momentum to China’s auto industry development,” said Xin in remarks broadcast by CCTV state television. “Enterprises should strive to improve the level of energy saving for traditional cars, and vigorously develop new energy vehicles according to assessment requirements.”

China has been pushing for electric cars for quite some time now and this decision does not come as a big surprise. However, it does have implications. China has 160 million cars on its roads. It exported 28 million cars in the year 2016 itself. This accounts for almost one-third of all the car sales worldwide.

When China does decide to ban fossil fuel vehicles, they will be dictating a major trend change. With France and Britain also on board, the rest of the world will have no choice but to get on board with the new trend. China has introduced tax breaks for new buyers and is planning 100,000 new charging stations in 2017 alone.

As the hype increases, foreign vehicle manufacturers have announced plans to boost the production of electric cars in China. Volvo plans to release its first 100% electric car in China in the year 2019. Ford also plans to market its first hybrid early next year and 70% of its cars available in China will have electric options by the year 2025.