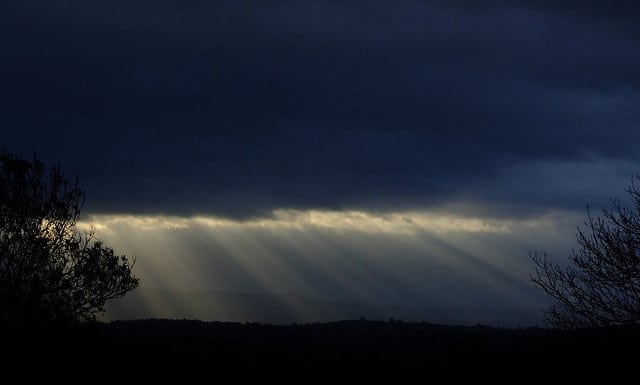 Dark Sky is a very well known app which is really good at what it does. It is a weather app that is available for the iPhone and the iPad. Now it has been announced that Dark Sky for Apple Watch will be released when the Apple Watch comes out. All the hype these days, Apple Watch is set to be released on the 24th of April 2015. Learn about the Apple Watch, its price and features here! 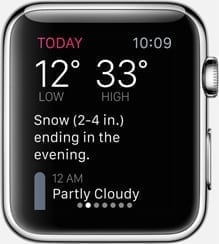 Dark Sky for Apple Watch will take full advantage of the new notifying techniques introduced by the Apple Watch. Apps for smartwatches usually base their usability on notifications and so Dark Sky is no different. If have used Dark Sky before you would know how it works. It is a weather prediction app that notifies you of changes in weather within short time spans and specifically in the area where you are. This is very practical as you would find it more useful to know if it was going to rain within 15 minutes where you are at the moment then knowing the temperature that day in the morning. Dark Sky is not like other weather apps because of its focus on what currently concerns you and as such it is very very much suited to the Apple Watch.

Notifying you of weather changes momentarily is something you could use the Apple Watch for. It will be much more natural getting gently tapped on your wrist to warn you about rain and you could just take a look at your wrist to get the update without having to take out your phone. On your phone or tablet you might miss a notification and it would require you to put on hold whatever you were doing and check what the notification is. And so Dark Sky for Apple Watch will probably be the best weather app on the Apple Watch.

But it is not just the next 15 or 30 minutes Dark Sky will be telling you about. The app will also give forecasts for as many as 5 days just like it does for the iPhone and the iPad versions of the app. If you already own the app on any of the two platforms you could get Dark Sky for Apple Watch for free otherwise it can be bought for $3.99. You can not download Dark Sky for Apple Watch yet but will have to wait till the Watch comes out. You can then open the Apple Watch app on your iPhone, pair your Watch and then get the app for the Watch from the App Store.