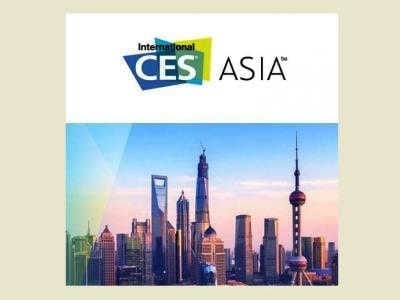 Consumer Technology Association (CTA), which was launched last year and has made tremendous progress in a very short span of just one year, is organizing the 2016 Asia Event in Shanghai. This event will be held from 11th-13th of May in China and is expected to draw crowds ranging from 25,000 to 35,000 in addition to more than 350 exhibitors. Also, last year’s record of 212 different companies participating in this event is also expected to be broken this year.

The Asian version of the CES is not yet expected to overshadow its parent event in Las Vegas, but with regards to the number of different products that are introduced into the Asian Market through the platform of this event, it will only be a matter of a few more editions that the Asian event will become the centre of attention instead of the Vegas CES event.

The main reason that this conference is being held in Shanghai, China this year is that Shanghai is a global city. It is the centre of attention of the Asian traders and consumers when it comes to finding the most high-quality products from the market. Technological products and the countries producing them are much more technologically advanced today than they were a decade or so ago. The Japanese tech giants that dominated the consumer market in the 80’s-90’s are no more in the race for gadget production. In fact, not even the Korean companies that made a breakthrough in the early 90’s. Today’s market is dominated by China and its products.

The 2016 CES Asia event features a total of 16 different categories, including the streaming content and Hollywood entertainment. Some of the areas that will be featured are:

•    Startup Park: This category features technological advancements from 64 different startups from all over the world, including China, France, Hong Kong, etc.

•    N4 Stage: This category is basically the one to look forward to the most since it  features the latest variety of programming and coding, for example, ‘Robotics on the Runway’ is one of its modules.

•    Drone demo Arena: As the name suggests, in this category, the exhibitors will exhibit their drone technology after every half hour in the arena.

•    Outdoor Exhibits: In this category, for the first time in Asia, BMW will be putting its machines to the test drive. Intel’s drone partner, Yuneec will be conducting drone demonstrations of its drone object-avoidance technology within their outdoor exhibit in front of Hall N1.

Not only this, but the conference also features keynote speeches from top executives at Huawei, Alibaba, BMW, Intel, JD.com, Legendary Pictures, and Wanda Cinema Line.  Due to an increased demand of exhibitors at this year’s event, the number of halls had to be increased in order to accommodate them. The CES Asia Conference Program features 100 industry experts with 50 sessions addressing pressing industry topics including sustainability, drone policy, the growing Chinese tech industry, and future technology trends.

Author: Ayesha Siddique is a mechanical engineering student currently in her junior year. She has an obsession with automobiles and makeup.