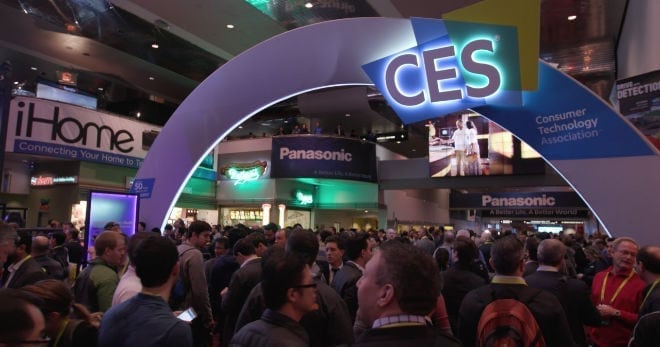 We have more shared videos from the CES 2017 B-roll – Day Two.  We can’t thank CES enough for making this resource available to publishers.

“The doors are open at CES 2017 in Las Vegas with more than 3,800 exhibitors showcasing their latest innovations. In this video, see highlights from the show floor as CES 2017 welcomes what is expected to be 165,000 attendees throughout the four days.”

“Xavier Abadie and Sophia Soule with SimforHealth, Sharlene Sternberg with Sensoria Inc., Jamie Kelly with Fitbit Inc., and Jeroen Tas with Philips share how the fitness and wearable industries are evolving and the latest trends emerging at CES that will impact how the world works out.”

“See the latest in fitness technology on display at CES 2017. This video contains digital fitness devices and wearables that make working out fun, engaging, and informative and allow users to track their progress and key metrics.”

“Technologies that preserve and keep our earth clean are being shown at CES 2017 including the latest in solar tech, smart radon detectors, and wireless sensing.”

“Technologies that preserve and keep our earth clean at CES 2017”

“Interviews about how drones and other unmanned aerial vehicles are revolutionizing the world.”

“See the new ways drones are taking flight and the new, expanded capabilities of the unmanned aerial vehicles. More than 25 companies are on the CES 2017 floor showing off drone technologies.”

“B-roll from the gaming and virtual reality and augmented reality marketplaces at CES 2017 on Thursday, January 5. Featured in the video are companies including Kodak, Homido, Osterhout Design Group and Sony and the hardware and software they are using to create immersive user experiences.”