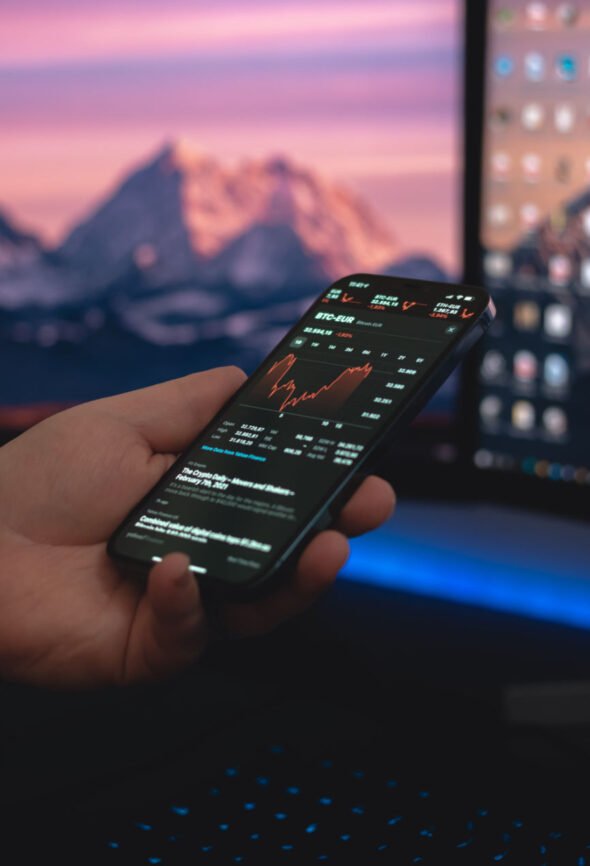 In 2008, the world saw one of the most devastating financial crashes of its history, leading many to question how big banks and institutional investors operate when handling our money. Coincidently, the following year a paper with mysterious origins was revealed that detailed the use of bitcoin payments, a digital currency that circumvented banks and relied on a peer-to-peer network for facilitating transactions.

It’s been more than a decade since Bitcoin’s inception, and the currency has gained popularity amongst institutional and retail investors, making its price skyrocket. With a rise in its popularity, no one could predict that this digital currency would impact the environment. But how? After all, it’s just a currency.

Why is Bitcoin Bad for the Environment?

Bitcoin itself isn’t bad for the environment; instead, the way new Bitcoins come into circulation is causing a problem. Bitcoin isn’t in infinite supply. Only 21 million are ever going to be circulated. The way they come into circulation is via a reward system for Bitcoin miners. Miners (computers with embedded bitcoin software) work day and night to add transaction blocks to the universal Bitcoin ledger – the blockchain. The work they do in verifying, compiling, and solving mathematical puzzles while making a block allows them to be eligible for a reward. This reward decreases by half every 4 years to ensure a steady circulation of Bitcoin. Because miners on the network compete with each other to amass Bitcoin, they require higher computational power to compete with each other. Hence, demanding more energy from the power grid, which, in turn, requires more fossil fuels to be burnt to meet this demand.

What Does the Future Hold for Bitcoin?

Proponents for the currency state that large-scale Bitcoin Mining operations across different centers of the world can be used for grid load balancing when renewable sources of energy such as wind and solar produce excess power. However, there are a few important points that we’re missing here.

Not all Bitcoin miners on the network can be regulated as none of them are in a fixed place. A mining operation may rely on its country’s natural resources, which may not include wind or solar power. Even if they did have access to renewable resources to drive their mining rigs, Bitcoin mining requires that they remain operational to take advantage of the network complexity.

Additionally, if we use excess energy to run Bitcoin mining operations, we risk exacerbating the environmental impact. This energy can be stored in emerging battery technology or pumped storage allowing us to balance the grid when demand goes up, thereby reducing the net carbon output from our generating sources.

For Bitcoin to get greener in the future requires that they use dedicated renewable energy sources that don’t come from the power grid. But, this might be difficult to achieve as the initial investment required may not be feasible for many mining operations. We can expect prices of renewable energy to decrease in the future, but until then, we can look towards the solution Iceland employs.

Iceland has the advantage of Iceland is that it’s extremely cold and has geothermal vents. Geothermal energy is extremely cheap as it relies on volcanic activity in the Earth’s crust to make steam that drives turbines for electricity generation. Additionally, the cold weather means that cooling costs for Bitcoin computing machines can be drastically reduced. If large mining companies look to establish their operations in environments like Iceland, they can significantly reduce the impact on the environment and increase profits at the same time.

More on this topic: How Long Does It Take To Mine Bitcoin?

BitcoinCurrencyFinancialInvestment
Previous ArticleBest VPNs for iOS Users in 2021Next ArticleHow is Grinding in Video Games Comparable to Bitcoin Mining?