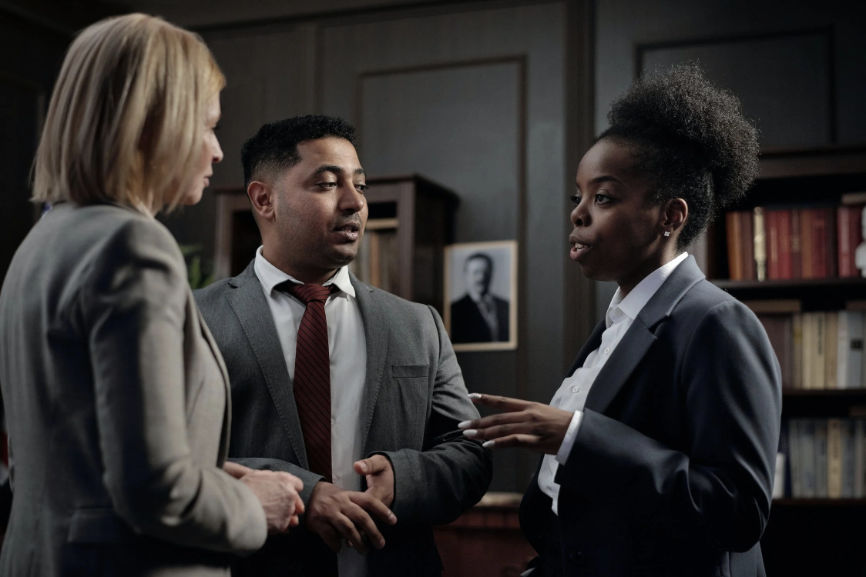 Domestic violence is another term for domestic abuse. It is any behavior pattern used to gain or maintain power and control over an intimate partner in any relationship. Abuse can range from emotional,  physical, sexual, economic, and psychological actions, or threats to influence another person.

This includes any actions that scare, humiliate, intimidate, terrorize, manipulate, injure, blame, or wound another person. Domestic abuse can occur in various relationships, such as married, cohabiting, or dating couples. Irrespective of socio-economic and educational backgrounds, anyone can be a victim of domestic violence. If an abuser is brought to the book, they’ll need professional domestic abuse lawyers to defend them.

How to Get an Expungement?

First and foremost, it is determined by the location of the offense. The law of that state will govern whether or not you can have your record expunged. In general, expungement is accomplished by filing a motion or petition with the court.

Typically, the petition must also be served on the prosecution. Most courts also allow individuals to deliver written testimony and supporting evidence along with their motion or petition. Remember that any documents filed with the court must also be presented to the prosecution.

The petition will be reviewed by the court to see if you are qualified and deserving. If the prosecution believes you do not deserve to have your domestic violence offense erased, they may object.

If you are a Los Angeles convict, the court may hold a hearing at which you will be required to present oral arguments in favor of your request for expungement. Hiring domestic violence lawyers in Los Angeles can significantly boost your chances of successfully removing a domestic violence charge in the said state.

When Can I Get an Expungement?

Several states provide an exemption from their criminal record when an individual has a particular type or less serious conviction. The magnitude of the crime and the individual’s criminal record usually determine eligibility. The higher the intensity of violence, the less likely the individual is to have the offense expunged from their record. It’s always best to seek the counsel of domestic abuse lawyers in your state to guide you.

With very few previous convictions, misdemeanors, or juvenile crimes, the convict can usually have the matter expunged. Out-of-state convictions and felonies are typically more difficult or impossible to obtain.

Domestic violence offenses range from misdemeanors to felonies. This is usually determined by the aggressor’s state and specific circumstances. If they did any of the following, the charges and penalties are typically increased accordingly.

The degree of violence may also skyrocket the severity of the crime, converting it from a misdemeanor to a felony. If the state does not allow for the expungement of felonies, the person will be stuck with a felony domestic violence charge for the rest of their life.

Why Do You Need a Domestic Violence Expungement?

A domestic violence conviction on one’s file can make it challenging to find work. The majority of the states in the US will authorize a domestic violence arrest or conviction to be expunged because it is usually considered a low-level crime. Most employers conduct background checks.

As one might expect, most businesses won’t give a thumbs up about prospective employees who have a criminal record that includes domestic abuse. Many employers do not consider the circumstances of a domestic violence case.

A domestic violence conviction on a person’s record may also make them ineligible for housing, education loans, or professional license.

What People Do To Make A Domestic Violence Conviction Worse

One thing people do to damage their case violates the restraining order. This is the worst thing you can do since you are dealing with a civil case rather than a criminal case. You would have to deal with not only the family court matter.

You will also be dealing with felony prosecution for breaching the restraining order. A second violation would result in mandatory jail time. Sadly, this would not be a matter of days in jail. It would be a minimum of six months to 18 months in prison. Violation of a restraining order is a fourth-degree felony.

The next mistake people make is attempting to do things for themselves. The most common errors are being in contact with the victim, trying to do things independently, and failing to read the restraining order.

The Advantages of Expungement

The implications of a domestic violence conviction on your background check make an expungement extremely valuable and worthwhile. Erased history will not be found on background checks. This will benefit you in the following ways:

After a domestic violence conviction, an expungement can help you achieve your goals. It can also assist you in gaining closure with your past. If you want to have your record expunged, contact your domestic abuse lawyers and enjoy the benefits.

What is the Success Rate of Domestic Violence Expungement

Because each case, state, and court is unique, the likelihood of success in expunging domestic violence differs from state to state.

Effects of the Expungement

If the Court approves the expungement, the defendant’s past plea or conviction will be null and void, and the case will be dismissed retroactively. The Department of Justice will be notified of this information.

In California, even if an expungement is granted, the defendant is still barred from owning or possessing firearms for ten years due to the prior conviction. Most defendants convicted of domestic violence face a lifetime ban from entering the country. This ban would remain in effect even if the charges were dropped.

Furthermore, an expungement will not affect non-U.S. citizens who are facing deportation due to a domestic violence conviction. The US government can still consider this prior conviction in any future proceedings.

You might have been convicted of domestic violence. If this is the case, you’ll want to learn more about the expungement process and if you can have the conviction removed from their record.

Should You File Bankruptcy Before Or After Divorce?

Should You File Bankruptcy Before Or After Divorce?