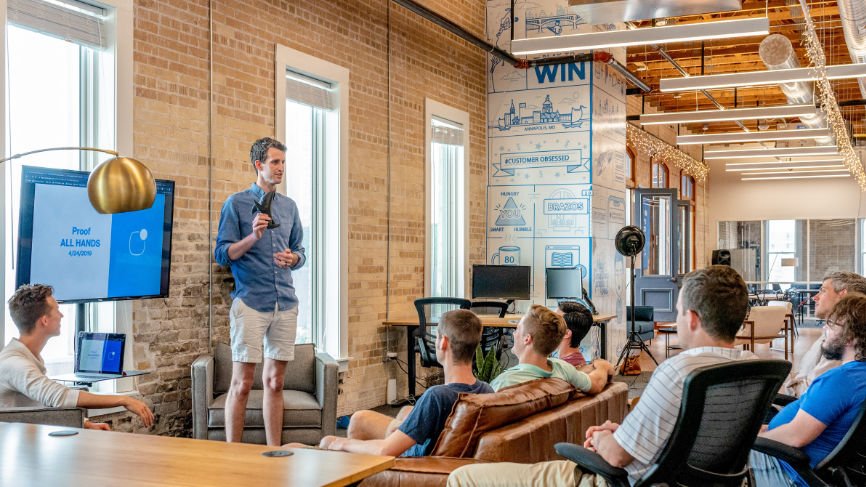 Photo by Austin Distel on Unsplash

Do you think there’s no point in starting a side project? If you do, you’re wrong. Some of the biggest businesses out there started as side projects. This means that the venture you start while keeping your 9-to-5 job or working on something else. In case you’re looking for some inspiration, here are eight side projects that became million-dollar startups.

Some people think you have to be technical when starting a tech business. They’re wrong. The best example of this is Ryan Hoover, founder, and CEO of ProductHunt. He came up with an idea for a business that helps people find new tech products even though he wasn’t an engineer. He didn’t know how to build a website so he used an email list instead. The people on the list were the ones he thought might be interested in the latest tech. It didn’t take long for this list to expand into a business with hundreds of thousands of monthly users. Not only this but the company was sold to AngelList for $20 million.

Some people’s side projects seem crazy. For example, take a look at Justin Kan’s side project. What today we know as Twitch was once Justin.tv. Justin.tv was a website that let you watch Kan Livestream his life 24/7. He decided to open the website for other users and cover all kinds of topics with gaming being one of them. The company realized gaming is the way to go, and that’s when things started to change. Twitch is now one of the world’s greatest gaming streaming platforms. In addition, Kan recently sold it to Amazon in a close to a billion-dollar deal. So, if you think your business idea is crazy, don’t let it stop you from taking a shot.

Another company that had to find its way into this list is Slack. The owner of Slack, Stewart Butterfield, is a master of side projects. When he sold his first side project, Flickr, to Yahoo, he went back to designing a video game. It didn’t long for him to start another side project – Slack. Butterfield wanted to create a simple tool that makes business communication easier and Slack became a sensation. Take a look at it this way – in little more than one year, this thing hit a billion-dollar valuation. We don’t know whether Butterfield will continue to work on his game but his side projects Flickr and Slack turned out to be real hits.

If you ever wondered where these people come up with business ideas, here’s a story for you. Alan Schaaf was working on his computer science degree and he couldn’t find a good website for hosting images for Reddit. So, what did he do? He built his own site out of frustration. The first thing he ever uploaded to this site became an iconic post. He wrote ” “My Gift to Reddit: I created an image hosting service that doesn’t suck. What do you think?” Quite soon, Imgur overtook other image hosts in interests, including those such as ImageShack and Photobucket.

Igor Salindrija was working as a bartender in a local casino. He identified the room in the market for a business that promotes online casinos and decided to build his own. Today, his website covers over a thousand different casinos and provides important information on each of them. Millions of players view the portal called AskGamblers as the most reliable source of information in the iGaming industry. That’s where they can find expert opinions and even get their back in case of a mistake. The portal was recently sold to Catena Media for about EUR 15 million. Salindrija entered the world of iGaming completely by chance and you may come up with your own business idea the same way.

We already talked about Justin.tv evolving into Twitch. A similar thing happened to the Instagram founders Kevin Systrom and Mike Krieger. The first thing they created was a platform called Burbn. This was a location-based app, designed specifically for whiskey lovers. The problem was, people weren’t posting their locations, they were uploading pictures. Systrom and Krieger then started a side project for people to share their photos on. Fast forward to 2020 and there are over one billion monthly active Instagram users. Plus, 25 million companies across the world use it for marketing purposes. Oh, and did we mention that Facebook bought it for $1 billion?

If you browse the web for home decor tips, you’ll end up on Houzz. This is another side project that turned out to be successful. Adi Tatarko and Alon Cohen were renovating their house and couldn’t find enough information on the web. They built a website and invited other parents from their kid’s school to visit it. Long story short, this website now has over 40 million monthly users and the couple is now worth $4 billion. Sometimes, it only takes a few hours on Google to come up with a cool startup idea. It worked for Adi and Alon and it might just work for you.

VR is a huge topic at the moment and things wouldn’t be the same without Palmer Luckey. Just like the founders of Apple, Google, and HP, Luckey started in his garage. He spent nights working on Oculus and getting people closer to virtual reality. Impressively, he did it while keeping his job. However, once his Kickstarter campaign proved to be a success, he quit his job and focused solely on Oculus. Later, he sold the company to Facebook in a $2 billion deal. What you may find strange is that the company didn’t even have a finished project at the point of the takeover. What matters the most is the product and the idea behind your startup.

So many successful businesses started as side projects. Use these eight stories as a source of inspiration for becoming an entrepreneur. None of the people covered in this post had no idea their side hustles will turn out to evolve into million-dollar companies. If you come up with a good startup idea, don’t let it escape you. Who knows, you might even end up becoming the next Ryan Hoover or Palmer Luckey.