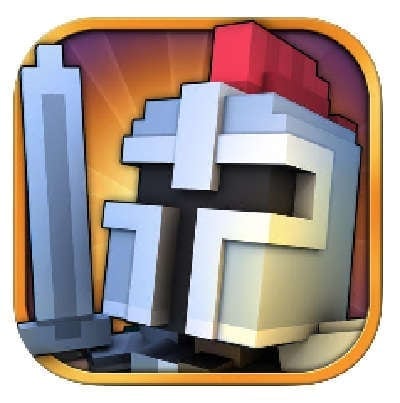 One of the decade’s most recognizable and beloved games is MineCraft. Who knew that an 8-bit game would rule over the video game industry in the 2010s, especially in a world of self-driving cars and smart watches. After the reign of MineCraft, many video game companies looked to their simplicity and creativity used.

Others took MineCraft’s way of design in that they used block-type graphics. Some of the more noticeable games that did this include Crossy Road and Blocky Highway. They have turned this simple and effective use of design and made amazing games with it. It may not have the graphics that everyone seems to be looking for nowadays, but it just happens to work. Maybe people just want to return to the basics. Is that why there are so many movie sequels coming out? 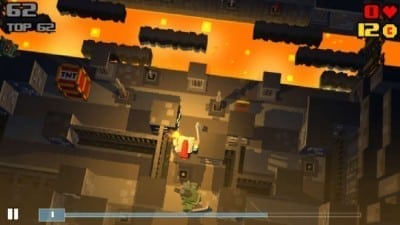 Anyways, a game that has also taken this sort of design, and actually made it work, is called Boxy Kingdom. Sort of like an 8-bit mixture of Temple Run and Cross Road, Boxy Kingdom has taken a new path into this world of moving, colored cubes. This awesome new game was created by developers and designers who worked on games like Gears of War and Prey. 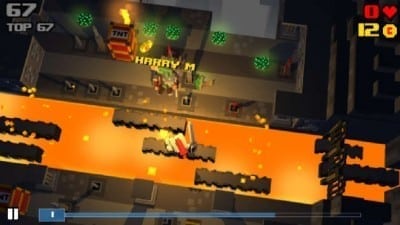 The point of the game is to run across the given landscape as far as you can without getting killed by either spikes, fireballs, trolls, and anything else that may come your way. You can collect coins along the way, even though some may be found in crates or rocks. One really cool feature is the ability to kill your enemies with your given weapon. For example, the first character you receive is a knight which has to kill trolls. There are over 30 more characters including a wizard, a ninja, a rabbit, and even a venus flytrap. These characters can be redeemed randomly when you purchase a random gift for 500 coins or they can be bought using your billing account. Coins can be collected by playing the game or, like the characters, can be bought using your billing account. There are also gems, which can be used to revive your character at the place in which you last died.

The game’s controls are rather simple. If you have played Crossy Road, you already know the controls. You tap/slide to move forward/backward, you slide sideways to move right or left, and tap on you enemies to kill them using the backstab command.

All in all, this game is pretty simple and has also been getting a lot of good reviews on the App Store. The Dream Team Partners have done an amazing job with this game and I can’t wait for more games from them.