BoxPop, the addictive puzzle app on iOS has been announced for the Apple Watch as well. Users will be able to play BoxPop on their wrists and have no need to get their phones out of their pockets for some box popping fun. BoxPop is a simple and fun puzzle game and is very much suited to be played on a smartwatch. Apple have previously announced Dark Sky and Shazam for the Apple Watch as well. 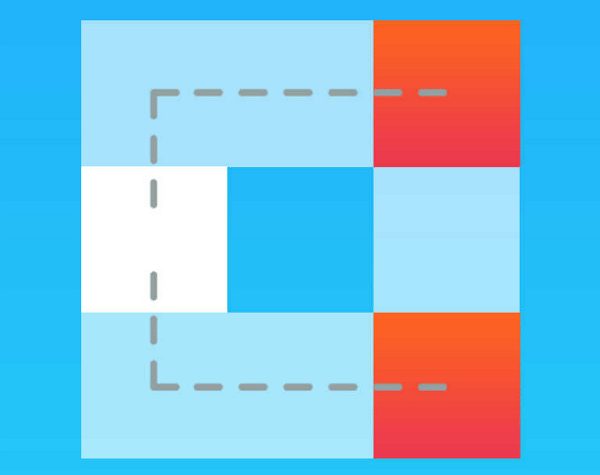 If you haven’t ever played the game on your iOS device the objective of the game is very straightforward; you have to ‘pop’ boxes in an ‘L-shaped’ path similar to how knights move in chess. There are a total of 40 levels to go through and every level is harder than the previous one. The game will keep you thinking and absorbed and is good exercise for your ‘brain’ muscles.

Whether you are commuting or waiting in a line somewhere you can just pull up your wrist and start playing BoxPop for Apple Watch to pass the time in a productive manner. This way you will be getting a lot of practice and will beat the tough game in no time. When you beat a level you unlock larger grids and bigger challenges and the game will keep you interested. The levels are pretty cool and well designed. The overall design and interface of the game is also really easy on the eyes and is relaxing to look at even for long durations of use. 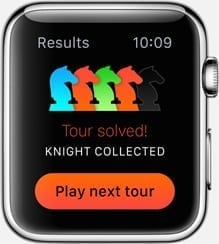 Apple has really thought about the apps they will be bringing to the Apple Watch upon its launch. Judging from the apps that they have announced Apple does not seem desperate rather it seems they have actually developed a game plan. Being the veteran of so many product launches Apple realise that the apps available on the launch of the Apple Watch will make or break it.

BoxPop for Apple Watch will be available on the launch on Apple Watch. Currently BoxPop is free to get for the iPad and the iPhone [App Store].

After the release of the Apple Watch, you would need to pair the Watch with your phone using the Apple Watch app for the iPhone, and then get BoxPop from the App Store tab.

apple watchpairpuzzle game
Previous ArticleInstagram For Apple Watch Lets You Browse/Like Photos From Your WristNext ArticleHow To Auto Play Spotify When You Get In Your Car?