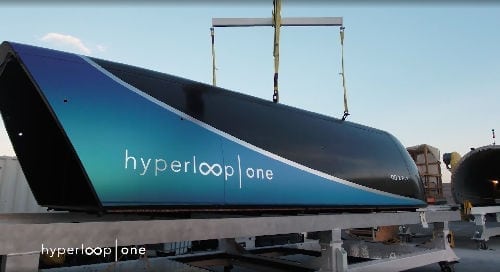 Back in July, we wrote about Elon Musk’s Boring Company gaining verbal approval for a tunnel from NY to Washington DC.  Once the tunnel is completed, the HyperLoop One, now Virgin Hyperloop One will be able to move passengers between the two cities. Currently, that trip takes over three hours. The Hyperloop can make it in 29 minutes. So one’s workday in New York could conceivably include a lunch meeting in DC and home in time for dinner. Amazing!

The “verbal OK Musk received back in July was not earth-shattering news since a project of this scope will have a lot of hurdles, challenges and permits, not only at the starting and ending destinations but just about everywhere in between.

They say that every journey begins with a single step. Elon Musk’s Boring Company took a big step this week that came in the form of an approval to move forward with preparation for preliminary excavation. This will begin in Washington DC.  According to the Washington Post, the location will be a fenced off parking lot near the Bureau of Alcohol, Tobacco, Firearms, and Explosives at 53 New York Avenue NE.

Yet to be determined locations in Philadelphia and Baltimore will also serve as stops for the Hyperloop. So the line will include New York to Philadelphia to Baltimore to D.C.  The DC to Baltimore connection is the first part of the project. A conditional permit in Maryland will allow work to begin there as well.  A Maryland official said the Hyperloop will run under Route 295. Musk has also received approval from the White House for the project.

DC Mayor’s chief of staff, John Falcicchio said, “We’re just beginning, in the mayor’s office, our conversation to get an understanding of what the general vision is for Hyperloop,”

All of this is very encouraging but this project has a long way to go.  Living out west I’d love to see a Hyperloop connect Las Vegas to LA. Judging by the long line of cars coming into Vegas from California every Friday and returning on Sundays, I’m sure I’m not alone in wanting to see high-speed transit out west.

More on Boring Company & Hyperloop One