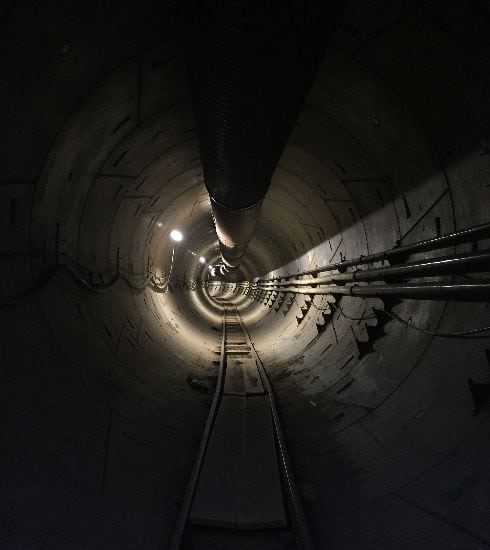 We can never seem to go too long without hearing news from Elon Musk.  On Thursday it was announced that the Boring Company will have its first tunnel completed. This will be under Los Angeles within the next couple of months.

Musk’s other companies; SpaceX and Tesla, have hit a number of milestones, but this is a big one for the Boring Company.  The idea is to provide an alternate means of transportation beneath the city. Southern California, especially Los Angeles is infamous for its near gridlock traffic congestion. The Urban Loop system will hopefully offset some of that congestion eventually. This first leg spans only 2.7 miles and will give priority to pedestrians and cyclist.

Godot, is the name of the company’s first boring machine. It has been nearly a year since it began digging.  The starting point is the parking lot of the headquarters of SpaceX’s in Hawthorne, CA, close to the Los Angeles International Airport.

Musk has said from the beginning that he could build these tunnels faster and cheaper than other available methods. The reason these tunnels are cheaper is that they are about half the diameter of those used for subways.

In an Instagram post Musk said, “First Boring Company tunnel under LA almost done! Pending final regulatory approvals, we will be offering free rides to the public in a few months.

Super huge thanks to everyone that helped with this project. Strong support from public, elected officials & regulators is critical to success.

As mentioned in prior posts, once fully operational (demo system rides will be free), the system will always give priority to pods for pedestrians & cyclists for less than the cost of a bus ticket.”

I wouldn’t expect this first tunnel to have much of an impact on LA’s serious traffic congestion, but it is a start.