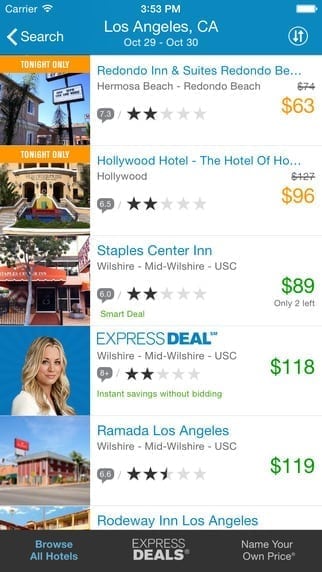 Apple Pay can now be used to pay for hotel rooms! Priceline has been updated, so you can transact with just a couple of taps, and a light tap on the Touch ID / home button.

Apple Pay is certainly not the first convenient mobile payments solution, and certainly isn’t the last, but decades from now it will be remembered as the system that ignited the industry after failed attempts from Google, Square, and more.

Wait, I am not saying Google Wallet or Square are terrible payment systems. Google’s problem is it didn’t push it in the market as much as Apple can and is doing with Apple Pay. Square’s problem is that their system depends on other smartphones, and external hardware on top. Both lack Apple’s control over their own ecosystem, and Apple’s strong influence over market trends.

Anyhow, Apple Pay already has a huge grip over the mobile payments market in the USA. The iPhone 6 and 6 Plus are the only devices that support it, so its grip is only going to get stronger and stronger in the coming years.

You can now book and pay for hotel rooms using Apple Pay! There’s an update to an app called Priceline which allows to do that now. Priceline itself is a relatively popular app for booking hotel rooms, flight tickets, and rental cars. As a start, you can only pay for Express Deals on hotel rooms only. I suppose they will roll out support for rental cars and flight tickets later on.

Most hotels themselves do not yet support Apple Pay, but with Priceline you can do it from the comfort of your room, provided your hotel is listed as a Express Deal on Priceline.

Priceline is available for free from the link below.