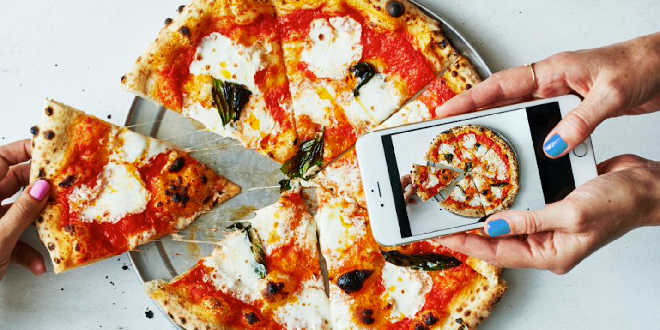 The power of the world’s most popular camera was put on display when the photographers at ‘Bon Appétit shot their March issue exclusively with the iPhone calling it “the hippest pocket camera around”. The team detailed how they chose to shoot all the images for their print issues with an iPhone camera instead of the traditionally used DSLR’s. When interviewed the team expressed their feelings on the decision. Many of them commented on how using iPhone cameras eliminated the need to carry heavy equipment. The shoot required some members of the team to upgrade to a newer model of the iPhone.

“I needed to upgrade from an iPhone 5 to a 6S, and I had never used anything like it to shoot something for print, so it wasn’t just me putting faith in the phone, but also in the magazine’s idea,” said Matt Haas

Daymon Gardener commented that using an iPhone for the shoots felt “liberating” as he could openly communicate with the subjects of his photographs. And Michael Graydon added that using a handset allows the photographer to forget about their ego.

“I’ve been a photographer for about 20 years, and I’ve been through 8×10 cameras, film—you name it. In the past, the bigger and scarier-looking the camera you pulled out, the more intense and professional you looked. Now, you have to let go of the ego you attach to the tool, and the iPhone is the ultimate expression of that.” said Graydon.

The team all seemed to have come away with an appreciation of the smaller camera but aside from the novelty, it won’t be replacing their professional devices.

“Photography is good no matter what you use, and I think there are iPhone photographers out there who take insanely good photos,” Gardner said. “I still prefer to shoot with my Canon, but Mardi Gras just started here in New Orleans, and I’ll definitely have my iPhone with me.”

Apple has been keen to show off the capabilities of its new cameras and launched the “Shot on iPhone” campaign to this end. The concept was launched last March with the iPhone 6 and the work was displayed in the world gallery online. Ad placements and billboards followed soon after. The campaign won multiple Cannes Lions for the company and their PR partners.