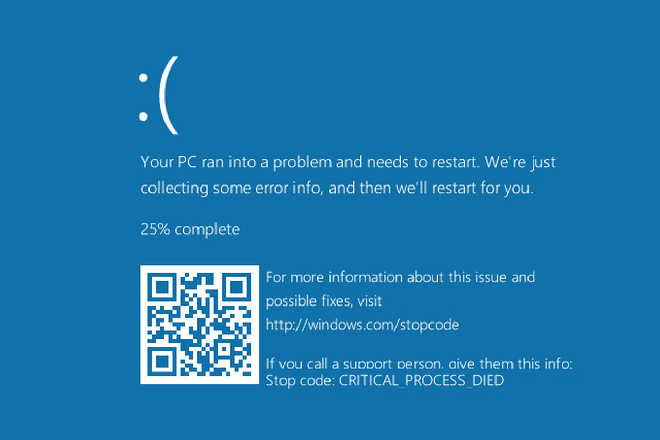 You know when your Windows PC or laptop has a system crash and it shows a blue error screen telling you to restart your device? Well, it’s called the, now infamous, Blue Screen Of Death and it now has a modified face. The BSOD either tells you to close the application that you are running or it tells you to do a “Windows Salute” a.k.a. Press on Ctrl+Alt+ Delete simultaneously.

Changes to the BSOD

In the Windows 10 developer build number 14316, or the latest developer build as of yet, there’s going to be a URL written in the QR code featured on the page. So what you will be doing is that you will use your phone to scan the code from the screen which will redirect you to the site. Previously the BSOD either said too much about the error or too little about it for the average Joe to process. So this will be a welcome change for all windows PC and laptop users who will finally know what the BSOD means in each situation. This new tidbit is the courtesy of a Reddit user who posted an image of the screen when a BSOD is encountered in Windows 10.

As of now the code only redirects to a page listing all the common reasons for the occurrence of the much-feared BSOD. We hope that in time it will be changed to help provide useful information regarding the error as well. Users of Windows 10 will also be able to find assistance through scanning the codes.

This is the biggest change for the BSOD since Windows 8 when a frowning face was replaced with the details of the system crash. There are concerns regarding spoofing of this feature by cyber-criminals. The Register says that these criminals could easily fake a system crash and show a QR code that is linked to a malicious website. This will fool people to open unsafe browsers and could lead to an actual system crash.