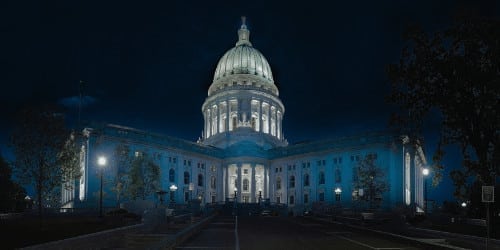 This article by Delton Rhodes was originally published at CoinCentral.com on June 27, 2018. It is being republished here with the publisher’s permission through syndication.

Blockchain in Government: An Unlikely Match?

At the surface, blockchain in government operations doesn’t appear to be a likely match. There’s a common perception that technology and governments are competing against one another. This is likely due to the fact that cryptocurrencies, for example, reduce or even eliminate the need for centralized institutions.

Even though competition between blockchain projects and government institutions could be an issue to watch out for, looking only at this possibility doesn’t show the bigger picture. In reality, we’re beginning to see many nations trend towards greater utilization of blockchain technology for many reasons.

Beginning in 2017, a number of nations began to consider implementing their own national cryptocurrencies. The Venezuelan Petro, Russian Cryptoruble, and Estonian Estcoin are all examples of governments utilizing blockchain to create cryptocurrencies. But as of June 2018, we haven’t seen much progress from these digital currencies.

For example, the Venezuelan Petro was ruled unconstitutional by the Venezuelan National Assembly in March 2018. And many governments throughout the world have criticized this project. While Estcoin appeared to be a bit more promising, Estonia has since called off (or at least scaled back) plans of launching its national cryptocurrency after criticism from the European Central Bank.

Even though the implementation of national cryptocurrencies seen thus far hasn’t seemed to work, many people view the creation of these projects as inevitable in the long-term, which will bring more efficiency and transparency to national economies.

Election fraud continues to be a major issue for governments around the world. Voting machine hacks and intentional voting miscounts from groups in power have led to rampant distrust amongst voters. Blockchain-based voting systems have the potential to solve these issues and gain widespread adoption.

Since votes on the blockchain are immutable and can be tracked in real-time, governments have the potential to determine election winners in a more efficient manner. Blockchain’s public structure also eliminates the possibility of election tampering. Follow My Vote and Polys are a few examples of blockchain projects working on such technologies.

It’s still unknown when we will see these systems implemented in nations like the US. However, some predict that 2019 or 2020 is a likely possibility.

Identity management is another example of an outdated system that benefits from new technological innovations. It’s still unknown how exactly to create official government-approved digital identities. But, a combination of blockchain and biometric technology (i.e. facial recognition or retina scans) could be part of the answer.

Currently, billions of people throughout the world are reliant upon national identity numbers (i.e. social security numbers in the US) to verify identity. However, these systems have rampant problems with fraud. Additionally, physical identity cards are limited in their uses for remote identity verification. Oftentimes, identity management requires in-person verification, which can lead to long waiting times at government offices, polling places, and many other locations.

Estonia is one nation aiming to change the future of identity management. Although Estonia has scaled back plans on implementing blockchain to create a national cryptocurrency, the government still has plans to use blockchain to create an improved identity management system. The government plans to use Estcoin as a part of Estonia’s e-residency, a program that simplifies the process for foreigners looking to establish residency in the country.

While many governments are starting to tax cryptocurrency earnings, blockchain technology itself could also make taxation systems more efficient. The time it takes to process tax-related information could be reduced drastically from weeks or months to a matter of seconds. There are several factors that make this possible. One example, smart contracts could replace the current manually-executed intra-firm agreements.

Governments could also create blockchain-based taxation systems that automatically check for Missing Trader Intra–Community (MTIC) fraud, commonly known as ‘carousel fraud’, across EU member states. MTIC accounts for billions of Euros in lost tax revenue every year. By creating a digital ledger for all traded goods and services, governments can create a system for verified transactions, tying all the information in one, immutable chain.

Blockchain reduces or even eliminates the need for manual verification, allowing businesses to optimize their operations while also ensuring governments don’t lose potential tax revenue in the process. For employees, blockchain-based taxation also means that tax returns are processed much quicker.

Blockchain in Government: The Future

As we continue to see blockchain advancements and a greater demand for innovation in government, the adoption of blockchain could soon move from a technology that’s “good to have” to one that’s necessary. Blockchain in government has the potential to give real meaning to overly-used political buzzwords like “transparency” and create noticeable improvements in efficiency overall.

More articles on this topic: