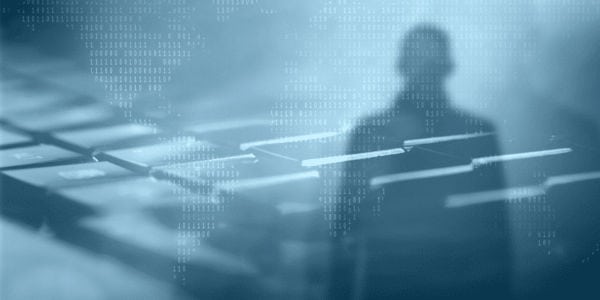 This article by DELTON RHODES was originally published at CoinCentral.com on September 6, 2018. It is being republished here with the publisher’s permission through syndication.
Blockchain fraud continues to be a massive problem that has hindered the possibilities of new user adoption. Crypto criminals primarily participate in three types of fraud: tax evasion, money laundering, and terrorist funding schemes. Let’s take a look at each of those categories and how legislation and blockchain technology can reduce, or even eliminate, these and other crimes in the near future.

Tax evasion is one of the most widespread types of blockchain fraud. Prior to 2017, there wasn’t much crypto-related legislation in existence in most countries. Plus there was little enforcement of what regulations did exist. As we have previously reported, this began to change drastically in 2017.

Despite the fact that regulations are tightening, crypto-related tax evasion is still prevalent. In November 2017, LendEDU conducted a survey that included 564 US-based bitcoin investors. According to the results, approximately 36% of participants planned to knowingly avoid paying capital gains taxes in their 2018 tax filings.

There aren’t any stats to determine if this was the actual result. Still, it’s obvious that many people didn’t view crypto tax evasion as a major crime. And it’s possible that those surveyed weren’t exactly sure how to follow the tax regulations. In 2018, however, there are several guides online on how to follow crypto taxation laws in specific countries. Information is even available on specific categories like taxation on cryptocurrency mining.

Investors need to understand and comply with cryptocurrency tax regulations. In some cases, compliance can be beneficial beyond avoiding the obvious consequences of jail time or fines. For example, it’s possible to report capital losses on crypto investments when filing taxes.

Even in the bear market of 2018, regulatory agencies are focusing more on crypto taxation policies. These efforts aren’t just limited to individual, domestic government policies. International collaboration appears to be on the rise as well. For example, a coalition of five governments (Australia, Canada, the Netherlands, the United Kingdom, and the United States) joined together to form the Joint Chiefs of Global Tax Enforcement (J5). According to the IRS, this organization aims to “reduce the growing threat posed to tax administrations by cryptocurrencies and cybercrime.”

Tax evasion is one of the most common types of blockchain fraud.

There are several major cases involving the use of cryptocurrencies to launder money. Jerome Powell, Chairman of the U.S. Federal Reserve, said in a House Financial Services Committee testimony in July 2018 that “they are very challenging because cryptocurrencies are great if you’re trying to hide or launder money, we have to be very conscious of that.”

Evidence shows that crypto-based money laundering is indeed a major issue. For example, according to a Q2 2018 report released by CipherTrace, crypto criminals laundered $1.2 billion through bitcoin tumblers and privacy coins in a one-year time period during 2017-2018.

Similar to policies dealing with crypto tax evasion, governments are increasing international collaboration to tackle this type of blockchain fraud. G20 member countries are reviewing a possible global anti-money laundering (AML) standard on cryptocurrency before an October 2018 deadline. In addition, member nations have called upon the Financial Action Task Force (FATF) – an intergovernmental organization formed to combat money laundering and terrorist financing – to review how AML standards that are already in place can potentially be applied to regulate cryptocurrencies.

Governments are collaborating on an international level to stop crypto criminals involved in money laundering.

Since 2017, there has been a push to enact legislation that would try to prevent this kind of blockchain fraud. For example, U.S. lawmakers introduced the “Homeland Security Assessment of Terrorists Use of Virtual Currencies Act” in May 2017. They also proposed the “Financial Technology Innovation and Defense Act” in January 2018. Additionally, another bill called “The FinCen Improvement Act of 2018″ was introduced in the US House of Representatives in July 2018. This bill mentions, “anti-terrorism and anti-money laundering initiatives, including matters involving emerging technologies or value that substitutes for currency, and similar efforts’’.

As of August 2018, none of these bills have gained much traction. Only the “Homeland Security Assessment of Terrorists Use of Virtual Currencies Act” has been able to pass the U.S. House of Representatives.

The US Congress has introduced a few bills to stop terrorist funding through cryptocurrencies.

Yes, in some instances, blockchain fraud makes certain crimes easier for criminals to commit. However, it’s also crucial to understand that many of the above-mentioned crimes have been going on for many decades in the fiat economy.

Even though blockchain fraud is a major issue, blockchain technology has also made it possible to stopmany types of crime. For example, some blockchain technologies like Ricardian smart contracts aim to vastly improve the future enforcement of legal agreements. In addition, KYC and AML-focused projects can make transactions in the crypto-based economy much more transparent than what’s possible in the current fiat-based economy.

Crypto criminals do exist and present a challenge to the mainstream adoption of digital currencies. Nonetheless, technical innovation should not be viewed as the foundations for a future dystopia. Likewise, legislation doesn’t have to stunt the progress of technology.

When it comes to stopping crime and fostering innovation, there isn’t a simple solution. How the future will play out depends a lot on how technologies and legislation develop in the coming years. The reality is that both regulations and technologies are needed in order to empower a future where blockchain can benefit society and mitigate the possibilities of blockchain fraud.

About the author:DeltonRhodesI enjoy researching new, innovative, and interesting blockchain/crypto projects that have the potential to impact the world. Whenever I’m not writing, I’m usually playing sports or producing music.

More on this topic: Kaspersky Lab Reveals Scary Truths About Cybercrime and Cryptocurrency