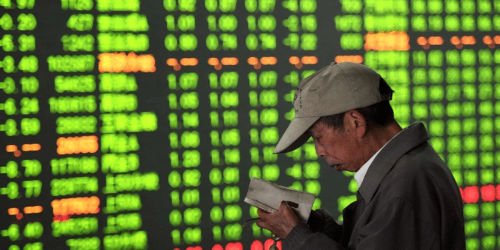 This article by ELIZABETH GAIL was originally published at CoinCentral.com on December 11, 2018. It is being republished here with the publisher’s permission through syndication.

Many Chinese blockchain investors found themselves in an unnerving predicament after the recent disenchanting cryptocurrency market plunge that saw the industry nosedive by over 75 percent.

According to the latest reports, many of them are growing skeptical about the viability of blockchain projects. They question whether blockchain was ever the disruptive technology many proclaimed it to be.

Last month, Chinese bitcoin whale Li Xiaolai publicly announced via social media that he was done investing in blockchain ventures. He’s the founder of BitFund, a Chinese venture firm, and is widely regarded to be the largest bitcoin holder in China.

Another Chinese investor, Yang Ning, followed suit and publicly declared that he was no longer going to get involved in blockchain projects. He expressed his frustration at the industry’s lack of regulation and quality thresholds.

What Blockchain Venture Execs Have to Say About the Situation

According to Bonnie Cheung, a partner at 500 Startups, marketers have long touted blockchain as a disruptive innovation in the tech industry.

In her view, the industry is going through a period of disillusionment, a situation that is not unique to the sector. She said that although blockchain may evolve in the long-term, enough to outpace long-standing applications, its impact on everyday life has yet to be felt.

Moreover, the growth and development of blockchain projects are heavily reliant upon the rise of the cryptocurrency industry, which is by nature highly volatile.

For example, the use of blockchain on cryptocurrency payment processing platforms seems to be on the decline in lockstep with the industry’s recession.

He Ning, CEO of QOS, a firm that specializes in the development of blockchain infrastructure for commercial establishments, also affirms this argument. According to Forbes, he slammed the 40 percent figure cited by the media when highlighting the number of failed startups in the industry, saying it was wildly inaccurate.

Going by general market trends, around 20 percent of startups should fail when the sector drops by 10 percent. Now that the market has fallen by over 70 percent within the past 12 months, these numbers should be much higher.

China is a major player in the blockchain and cryptocurrency arenas. It currently has the highest number of blockchain development projects in the world and over 4,000 related companies. While the Chinese leadership has traditionally been apprehensive about the proliferation and growth of the cryptocurrency market, it has explicitly supported the development of blockchain technologies.

According to a recent report published by Edith Yeung, who heads the 500 Startups’ division in China, some regions in the country already provide funding for blockchain programs. The report cites Shanghai, Henan, Guangzhou, Shanxi, and Guiyang as some of the zones that have implemented this concept.

Shenzhen, in particular, has a 500 million yuan fund that specifically supports blockchain projects. Hangzhou is credited for being at the forefront of such initiatives. Earlier in the year, the city had announced the launch of a 10 billion yuan blockchain fund. Cities such as Henan and Nanjing followed suit.

It is estimated that the Chinese government has distributed about $6 billion in funding so far in 2018 to promote blockchain enterprises. Reports reveal that over 40 percent of startups that received funding at the beginning of 2017 were blockchain related.

According to a recent China market report commissioned by the Chinese government, about 90 percent of blockchain projects are bound to fail. The report also noted that the majority of cryptocurrency firms only last about 1.22 years.

Of over 80,000 projects that were analyzed, only eight percent of them were actively maintained by developers. The other 92 percent was mostly comprised of abandoned or partially operating platforms and exit scams.

About the author: Elizabeth Gail is crypto-enthusiast and a blogger. Her specialties include cryptocurrency news and analysis. When not writing about crypto, she’s out taking part in humanitarian endeavors across the world. You can reach out and engage with her on Twitter and Google Plus