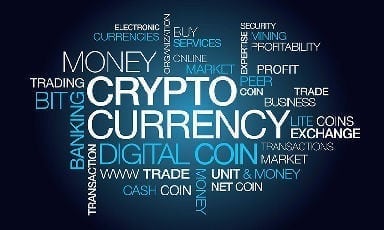 These Nations Are Proving That Size Doesn’t Matter in Cryptocurrency

In recent years, cryptocurrency has become much more than just a hobby or speculative investment. It has become an industry ripe with opportunity. While China is still the global leader in cryptocurrency mining, their restrictions on crypto are forcing crypto businesses to look elsewhere for a place to settle down. Every country has its own degree of legality for cryptocurrency mining and trading, some even banning one or both outright.

However, many small countries have jumped on the blockchain industry’s rise as an opportunity to attract crypto-businesses to their borders. Countries like Georgia and Malta are advertising themselves as crypto-friendly, making it easier for businesses to operate in their domesticity as opposed to other countries with more restrictions. Listed below are just a few of the smaller countries making big waves in the crypto space.

Georgia, the Second Most Active Crypto Mining Country in the World

Georgia is located at the crossroads of Asia and Europe and is made up of fewer than 4 million people. For comparison, the U.S. state of Georgia has a population of over 10 million people and is double the size of the country that shares its name. Given its relative size, Georgia’s position as second in the world for cryptocurrency mining is nothing shy of intriguing.

The bulk of cryptocurrency mining activity in Georgia comes from U.S.-based technology company Bitfury. A myriad of smaller mining companies and select individuals have also begun mining operations of their own. Even a political party in Georgia has started raising funds by mining cryptocurrency through supporters’ computers.

According to NPR, cryptocurrency companies have popularized the process of mining, prompting locals to go out and buy their own mining setups. With monthly incomes averaging a meager $400 a month, Georgian locals see mining as an attractive new way to supplement their incomes. The country’s economy has not grown substantially so far, but cryptocurrency mining has still given residents a fresh avenue to generate revenue.

The island-state of Malta is tiny (a tenth the size of Rhode Island to be exact). Despite its stature, it has become a haven for many cryptocurrency marketplaces, and it is where most of the world’s legal crypto trading takes place. In a Bloomberg Technology article, Morgan Stanley strategist Sheena Shah explains in more detail what constitutes legal trading.

“Many exchanges may have users in a particular country, but this is often not where the company has chosen to legally register,” Shah said in a report. “The majority of cryptocurrency trading volumes operate out of companies legally located in Malta.”

Malta’s prominence in the cryptocurrency trading space took off after Binance, one of the world’s largest crypto exchanges, moved its headquarters to the island nation. Founded in Hong Kong, Binance announced the move in March in response to China’s borderline hostile regulatory environment. The Maltese Prime Minister welcomed Binance with a tweet, including an invitation for other crypto-based businesses to join the exchange in its move.

Welcome to #Malta @binance. We aim to be the global trailblazers in the regulation of blockchain-based businesses and the jurisdiction of quality and choice for world class fintech companies -JM @SilvioSchembri https://www.bloomberg.com/news/articles/2018-03-23/the-world-s-biggest-cryptocurrency-exchange-is-moving-to-malta …

Binance, the world’s largest cryptocurrency exchange by traded value, is seeking a fresh start in the Mediterranean.

The Maltese government obviously sees the value in distributed ledger technology and is making sure that exchange owners will have legal certainty in a space that is largely lacking in regulatory clarity.

Liechtenstein is the sixth smallest country in the world, contains just one hospital, and is home to more businesses than citizens. Yet, the innovative country is already becoming another major player in crypto.

Liechtenstein’s Crown Prince Alois has made sure that cryptocurrency entrepreneurs are able to move in and set up companies with ease. Creating a cryptocurrency company doesn’t require you to open up a bank account, and the whole process can even be handled with Ethereum or Bitcoin through the country’s top financial institution, Bank Frick.

Crown Prince Alois’ efforts to bring the cryptocurrency community to Liechtenstein have proven to be fruitful.  The country’s capital of Valdez holds a monthly blockchain meeting that attracts hundreds of attendees, including local crypto startups and a wide array of other talented figures from around the space.

Every corner of the world has it’s own view on blockchain technology, and cryptocurrency is still fairly new to the mind of your average consumer. Many countries similar to those listed above see digital currency as an opportunity to flourish. For low-income areas like Georgia, for example, cryptocurrency has presented nations with the chance to make a positive change to their economy. As the crypto community continues to grow, more countries will be fighting to stake their claim, and so far, we’ve got our money on the little guys.

Author: Cole Gibson is a freelance writer based out of Nashville. In his free time he enjoys reading about blockchain technology and singing Bee Gees karaoke.