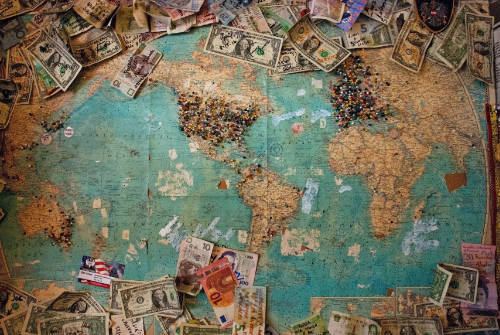 Photo by Christine Roy on Unsplash

Bitcoin has set out to eliminate the need for government-backed, centralized assets and become the world’s major currency. The CEO of Twitter made waves earlier this year when he shared his firm belief that Bitcoin could become a single currency globally. A few months have passed and Bitcoin is nowhere near the status of a global currency, despite its complete dominance as per market charts. But is that about to change?

The Good of Bitcoin as a Global Currency

The biggest drawback of Bitcoin is that transactions can be sluggish and expensive. However, the blockchain can become more efficient. Plus, if more and more people start entering the Bitcoin market, the convenience factor will go way up. Like with most things, a lot of the value lies in access. A phone is useless if you are the only one who has it. Bitcoin works in the same way. It has more utility when lots of people have it.

If Bitcoin can establish itself as the most convenient option for storing value and making payments, it could become the global currency. The advantage that Bitcoin has is that anyone can use it from anywhere on the planet. It crosses boundaries in ways most other currencies do not.

There are lots of possibilities for Bitcoin to target the audience internationally. We can expect Bitcoin adoption to happen pretty slowly somewhere like the United States where the dollar is strong. However, there are many areas in South America, Africa, and the Caribbean that do not enjoy effective banking infrastructure. Bitcoin does not require banks and is a comprehensive solution for many developing countries. Moreover, political upheaval can really hurt the fiat currency performance. Since Bitcoin is not backed by any government, no coup will have a shattering impact on it.

Another advantage is that the supply of Bitcoin is limited. With most fiat currencies, the government can keep printing new money if they want. A lot of currencies suffer from inflation because of this, which makes the currency weak. Bitcoin does not have this problem because the supply is capped at 21 million units.

The Bad of Bitcoin as a Global Currency

Bitcoin is harder to access than stocks or dollars. There are many different cryptocurrency exchanges, but the vast majority are really hard to use and are off-putting to beginners. Buying Bitcoin is not as easy as buying a video game on Amazon or walking into a grocery store and buying milk. There are a lot more steps to take, and the whole process can be tricky sometimes. When you have mastered the exchange websites, it will be easy enough to convert Bitcoin into other cryptocurrencies but harder to convert it into fiat currency.

The main competition that Bitcoin has is the US Dollar, which makes up over 60% of all transactions worldwide. Even within the cryptocurrency community, the dollar is still dominant. For example, people who own crypto assets almost always cash out in the US dollars. For Bitcoin to be a global currency, more people need to measure their wealth in digital currency and pay for goods or services with Bitcoin.

Not a safe haven yet

Recently, some national currencies, especially in Argentina and Turkey, have really been struggling a lot. Yet, this has not resulted in any kind of growth for Bitcoin. In fact, both the fiat and cryptocurrency market seem to be struggling in tandem. This is a bad sign. It would seem to indicate that a lot of people do not view cryptocurrencies as an alternative to fiat currencies. Some investors have turned to gold, but they are not turning to Bitcoin. That said, the cryptocurrency market is still in limbo.

Another issue is that, at least in the developed world, Bitcoin tries to solve a problem that does not exist. Right now, the dollar works perfectly well as a store of value and as a means of exchange. It is not slow or expensive to use and most people likely view it convenient, especially when credit and debit cards are factored. People in developed countries can already walk into any store and pay instantly for a good or service just by swiping a card. The majority of people do not have much incentive to switch to Bitcoin, simply because the traditional system is not broken. At least not yet.

Yet, there clearly is a demand for a world currency, because the use of the dollar is not as widespread as one may think. There are plenty of places in developing countries that are unbanked, so, in theory, Bitcoin could become an international currency if more developing countries start to adopt it.

At this point, Bitcoin is not quite ready to become a global currency. One of the main reasons is that there is still a lot of regulatory minutiae that needs to be sorted out. For now, the dollar is remaining the most widely used cryptocurrency. However, in five or ten years the situation may be completely different. Economic situations are constantly evolving. Bitcoin has strong fundamentals and it needs to become a global currency; so if Bitcoin is more adopted and blockchain technology improves in the right direction, the story could be very different down the line. Only time will tell what is going to happen, but one thing is certain – Bitcoin is here to stay for a little while and if the Bitcoin enthusiasts have it their way, Bitcoin will replace the dollar as the world’s leading currency.

More on this topic: Bitcoin and Taxes: What You May Not Know