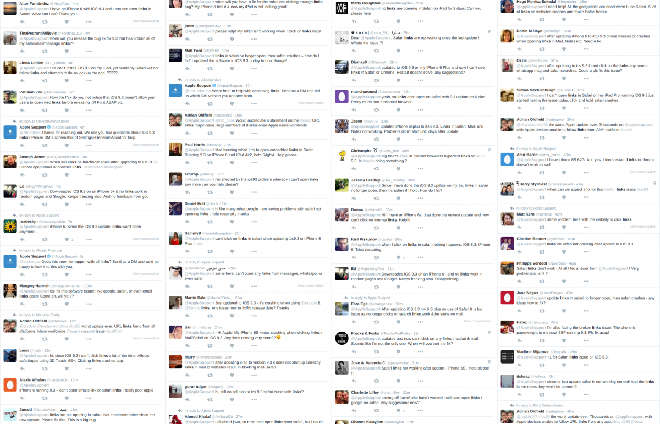 So if you are an iPhone, iPad or iPod user the last 24 hours might have been a little tough on you as updating your Apple product to iOS 9.3 version may make you unable to browse on the internet.

So Apple has, in a statement to TechCrunch, acknowledged the existence of the issue in iOS 9.3 and also to promise a possible fix in the near future.

The company is recorded as saying “We are aware of this issue, and we will release a fix in a software update soon”.

We are not surprised that Apple has spoken up about the issue so quickly as a constant stream of abuse has been raining down on Apple across all means of social media. Thousands of Twitter users have been complaining to Apple Support’s official account and it seems that the account just could not cope with the sheer volume of tweets.

The bug does not allow users to browse the web since clicking on a link with iOS devices, through Safari as well as other third party applications, leads to a lock-up of your device. Even restarting the device does not fix this lock up.

Apple has not actually stated what the main cause of the issue is but customer support at Apple has advised it’s consumers and users to switch off JavaScript for the time being. You can do so by going into ‘Settings’ option and then select ‘Safari’. Now select ‘Advanced’ and now turn off JavaScript.

Other issues have also been experienced as users of the iPhone 5s model, or earlier models, as well as iPad Air users were distraught to see that updating to the new iOS version requires their Apple ID password, which if not given causes the device to lock and become unusable.

It seems even practice does not make perfect as even though iOS 9.3 version was one of Apple’s most heavily tested release, with almost 7 public as well as developer betas, some issues still made it into the final version.