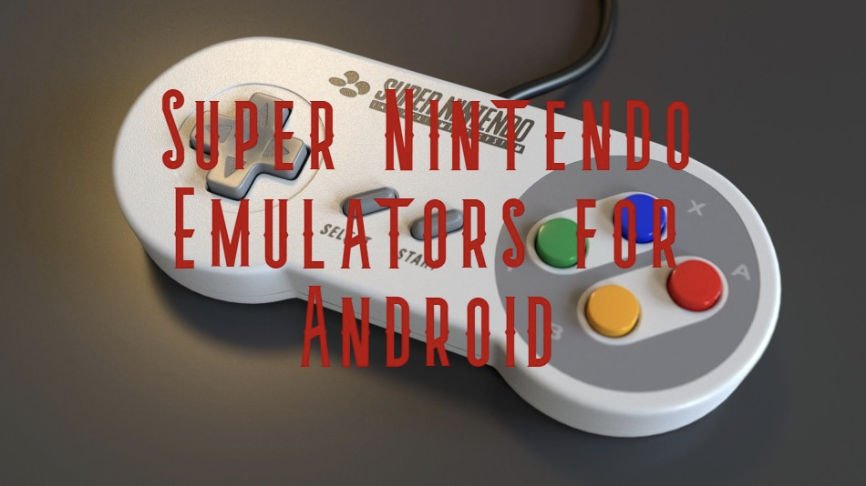 Super Nintendo Entertainment System or SNES has ruled the gaming industry for more than a decade. It was the first video game console that entertained millions of Millenials across the globe. Nintendo had discontinued its production in 2003 and featured SNES games in other consoles.

Even though modern video games are better than games players used to play on SNES, people still love those games. Are you one of those people? Do you want to play SNES games on your Android device? You will need a SNES emulator to run those retro games.

Download SNES emulators to run the best Super Nintendo games. Pick one of the following five emulators because these 5 offers the best support to run SNES games.

Also known as John SNES, this emulator provides the most realistic gaming experience. It is equipped with the best engine to run the SNES games. You basically get the same engine used in the original SNES system. Therefore, each game runs smoothly and you feel like playing on a retro SNES console.

You can easily connect this emulator to various wireless game controllers. You can also configure on-screen controls to play NES games without a controller.

It is another reliable emulator tool for running Super Nintendo Entertainment System games on an Android device. You will love this emulator because it also runs PlayStation, Game Boy, and N64 games.

This emulator program did not receive any update for 6 years and then developers decided to update it. It got new updates since August 2020. Now, you can easily find and download the latest version of this emulator to run SNES games. 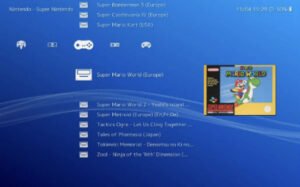 As the name suggests, this emulator program is a one-stop solution to play a variety of retro games. It can run classic games from many platforms by using Liberto cores. First, you have to install this emulator and then the required cores. Now, you are ready to go.

This emulator offers various customization features. You can configure controls, apply cheat codes, and save and load games at different stages. What users do not like about this emulator is the complexity of running a game. You may need some time to understand all the functions. Things will seem much easier once you master all the RetroArch functions and features. 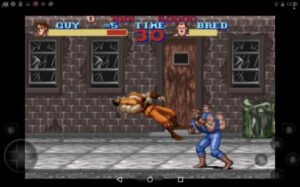 Being one of the oldest apps to run SNES games, Snes9x EX+ is entertaining thousands of Android users. It is one of the most user-friendly emulators to run classic Nintendo games. It allows you to save and load games at different levels. You can customize controls and set up on-screen controls to play the game.

Some people do not like this Android emulator because it is a bit old. It doesn’t mean this emulator lacks any important feature. Pick any SNES game you like, it will run that game smoothly. Therefore, it is one of the best SNES emulators for Android users.

This Android emulator can run games from GBA, SNES, and other classic video game platforms. It is a perfectly designed emulator with advanced features you seek to play SNES games on your mobile device. You can link a game controller to run your favorite games. It also allows you to play SNES games in fast-forward mode!

People have developed various emulator programs to run retro video games on PCs and mobile devices. All five emulators listed in this post are perfect to play SNES games on any Android device.

So, download SNES emulators and install them right now on your device. Get SNES ROMs after installing the emulator and use those files to run your favorite SNES games.