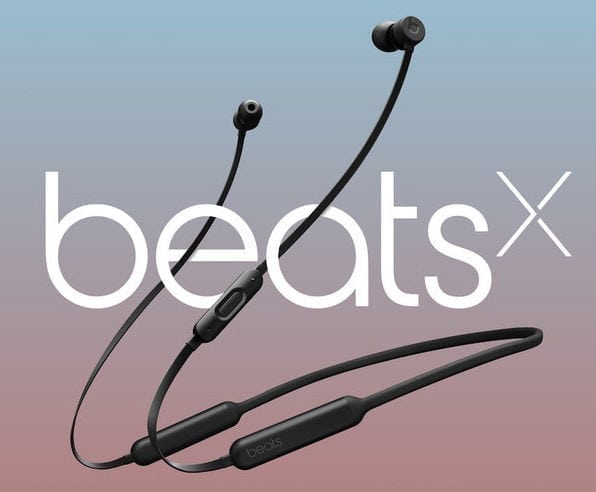 Apple’s acquisition of Beats by Dre is something of much significance. This is very big for those in the smartphone and the audio markets. Though only a couple years ago, Apple has made very big changes to its music portion of the company. This was done by building on the experience, knowledge, and technology of those who work for Beats.

The September 2016 Event in San Francisco truly showed Apple’s advancements in the audio world. Among them the introduction of the AirPods, the Lighting EarPods, the waterproof speaker system.  There are also a couple of new wireless Beats by Dre headphones and earphones. The most significant of them being the new BeatsX.

The BeatsX introduced alongside the iPhone 7 and 7 Plus, are part of Apple’s revolution to create a more wireless future. They are Beats by Dre’s newest wireless earphones. The BeatsX wrap around the user’s neck using a FlexForm cable that allows one to comfortably adjust the strap to the shape desired. This material allows the BeatsX to be wrapped up and stored easily in the included carrying case. They are highly durable and run on Apple’s new W1 chip, which also runs the AirPods.

The earphones pack an 8mm driver with very good detail and a strong base that isn’t over the top. The magnets on the back of each earphone allow them to easily stay connected, making them fit sort of like a charm on a necklace.

The BeatsX get a total battery life of 8 hours and get 2 hours of battery life with just 5 minutes of charging time. They can be charged using Apple’s Lighting cable, which is included with the earphones. Wingtips allow you to let them sit tightly in your ear for those who are into exercising or running. They are sweat resistant and packs a redesigned remote/talk button.

The BeatsX will sell for $150 this November. While they are not that cheap, they sound better than the more expensive Apple AirPods (in my opinion) and are Beats’ cheapest wireless earphones.