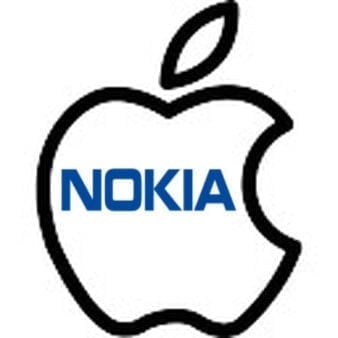 Apple and Nokia have been battling over patent disputes. At question was Apple’s right to use patents and other intellectual materials owned by Nokia. The two companies have settled and in doing so reached an agreement to enter into a multi-year patent license.

The lawsuit began last year when Apple said it would no longer pay to use Nokia patents. These are patents that are built into its devices. Apple claimed Nokia was extorting the Cupertino company. Nokia filed lawsuits in 11 different countries including the US and Germany accusing Apple of infringing on several Nokia patents. Apple countered with a lawsuit of its own claiming anti-trust.

The two companies came to a mutually acceptable agreement.  Under this new agreement, Apple will begin paying Nokia royalties for its patented technology beginning with the 2nd quarter of 2017.  The company also entered into new business arrangements where Apple will begin stocking select Nokia digital health products in Apple Stores.  In return, Nokia will provide mobile network infrastructure services and products to Apple.

The Chief Legal Officer at Nokia, Maria Varsellona, is responsible for Nokia’s patent licensing business. In a statement, she said, “This is a meaningful agreement between Nokia and Apple, It moves our relationship with Apple from being adversaries in court to business partners working for the benefit of our customers.”

Jeff Williams, Apple’s chief operating officer, said, “We are pleased with this resolution of our dispute and we look forward to expanding our business relationship with Nokia,”

Nokia was a leading cell phone manufacturer who’s patents are now used in many products from other manufacturers. Today a fair amount of Nokia’s business is focused monetizing their patents and intellectual property it has developed over the years.  Another substantial part of Nokia’s business is the sale of its digital health products. These were once sold in Apple stores but were removed when the disagreements started back in December 2016. Nokia’s Withings line of digital health products will be available once again in Apple Stores.