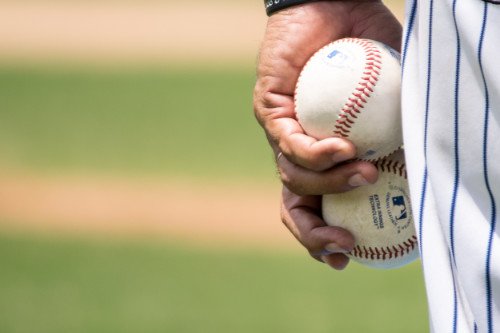 Photo by Jose Morales on Unsplash

It’s that time of year when the boys of summer hit the field and the umpire shouts “Play Ball”.  The game is basically the same as it always has been with a few notable exceptions.  In an effort to speed up the game there are now limited trips to the mound allowed. Disputed plays can now be verified with the use of instant replays. Today, more and more technology has made its way on to the baseball diamond.

Since 2002 when the Oakland A’s General Manager, Billy Beane with Paul DePodesta a Harvard economics grad, figured out that by paying close attention to a player’s stats when scouting new players, they could staff the Oakland A’s with very capable players without breaking the team’s very small budget. This was all laid out and depicted in the film, Money Ball.

Baseball has come a long way since 2002 as far as number crunching is concerned. Major League Baseball is staying on the cutting edge, leveraging technology to record and analyze player and game data. In order to do this MLB has turned to Amazon Web Services (AWS). With the help of Artificial Intelligence and something MLB calls StatCast, the game is more precise than ever.

StatCast began its contribution to MLB in 2014 with its Advanced Media, which allows the spectator to see the game in more detail than ever before. Terms like “exit velocity”, and “launch angle”, are what we would expect to hear from the Kennedy Space Center but these terms and many more like”virtual strike zones” and “spray charts” are now related to baseball. Spray charts illustrate the percentage of times a batter hits the ball into various parts of the field. This aids how players in the field are positioned, also know as the “shift”.  After seeing multiple bad calls in recent games I think the virtual strike zone would do a better job of calling balls and strikes. The virtual strike zone appears to be only a visual aid for spectators at this time.

The latest use for StatCast is to predict whether or not any given player will successfully steal second base.  With AWS deep neural network and AI, MLB can crunch data points like a player’s sprint speed, lead distance, stolen base success rate, and various data points from the pitcher, catcher, and more. All this data can help a manager decide whether or not to pull the trigger and have is baserunner go for it or not. The data can also benefit the opposing team to alert them of the probability of an attempt to steal second base.

I wonder what major league managers of yesteryear like, Leo Durocher, Casey Stengel or Billy Martin would think of the latest technology playing such a significant roll in today’s professional baseball.  Also their thoughts on limited trips to the mound or instant replays of disputed calls by umpires. Whether the game is getting better or worse due to these changes, is subjective. Data doesn’t lie or makes mistakes and an umpire is only human. Humans are subject to making errors when calling close plays. Accuracy is important in competitive sports but does the drama of the game suffer?

Baseball is a game of numbers, stats, and rankings so it makes sense that the front office would turn to the tools that can manage the vast amount of data that hundreds of major league players can generate in a day. But from a fan’s perspective, it was more entertaining to see a raging mad manager in defense of his team screaming at an umpire, kicking dirt and getting ejected from the game.  This is not my daddy’s baseball and we’ll leave it up to the critics to decide if all this tech helps the game or not.  Whether you’re a purist or not, one has to admit StatCast certainly brings more precision to the awesome game of baseball.

More on this topic: A Day in the Life: How IoT Is Changing the World of Sports and Health (Part 5 of 5)