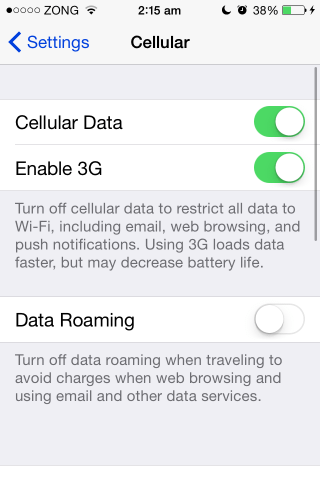 Rubik is a jailbreak tweak which can automatically disable cellular data when you connect to WiFi. Great for saving battery life on long days.

Back in 2011, when the iPhone 5s came with a ‘paltry’ 1500mAh battery, it lasted longer than its direct competition which came with 2200+ mAh batteries. So, iOS is pretty smart when it comes to battery consumption. It is actually – in Apple’s own words – the perfect marriage of hardware and software that enables the iPhone and iOS to complement each other, making the best of available resources for the best in class user experience.

Still, as a power user, I do feel that iOS could indeed eke out an hour or more worth of battery life. One particular way through which this can easily happen is to automatically disable cellular data (3G / 4G) when iPhone or iPad is connected to WiFi. 3G / 4G are huge battery hogs, iOS keeps them on in the background unless you manually disable them.

Now, one answer to this would be, “Why do you worry so much about battery life when it is so good anyway? Disabling cellular data on WiFi connection is inconvenient.”

I would agree to that. The transition from WiFi to cellular data is indeed smoother if cellular data remains enabled. However, as an owner of an aging iPhone 4S, I am willing to make the trade-off for battery life in exchange for an occasional inconvenience.

The solution, as always, is in the middle path. Rubik is a jailbreak tweak whose principal feature is it can automatically disable cellular data when your iOS device connects to WiFi. For now, it only works with 2G and 3G cellular data connections, but we expect support for 4G connections to be made available in a future release.

Rubik is available for free from Cydia under the BigBoss repo. It works completely in the background, so there are no real screenshots of its non-existent user interface to share.