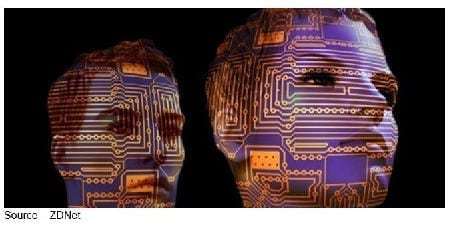 Our Friend and fellow blogger, Andy Marken tells me the other day he went into the family room to get something and forgot what it was. So he turned to Alexa, “Alexa, what did I come in here for?”  Silence! So, he whipped out his iPhone and said, “Siri, what did I want?” Silence!

The definition of “artificial” is “made or produced by human beings rather than occurring naturally, typically as a copy of something natural.”

Andy’s position is that our goal should be “augmented”, “to make larger; enlarge in size, number, strength, or extent; increase.” That makes sense to me. These days we often hear that artificial intelligence has been added to this or that. I’m inclined to agree with Andy that perhaps augmented intelligence would be a more honest or accurate term.

What Is Artificial Intelligence?

If you were to ask a group of people if they know what Artificial Intelligence is, most will describe it as something between their smartphone and a robot.

“Hubspot recently reported that only 37 percent of the folks they interviewed had used an AI tool but 63 percent of them were actually using it.” Things like voice search or online search, or photo identification, even driving enhancements. 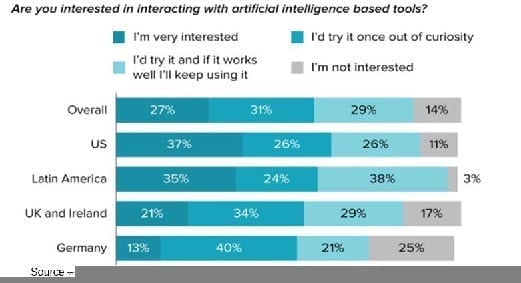 The technology is fairly rudimentary at this time. It’ll do what it’s programmed to do, and that’s about it. Unless of course there is human interaction to make things happen differently.

DeepMind is an AI research company that claimed the development of software that beat the top players in the world of the game Go, a 2500-year-old Asian game. 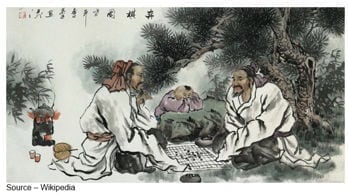 “Ready, Go – Obviously, the ancient Chinese game of Go was developed way before the TV and smartphone when people had hours to fill learning the simple but complex game with rules designed to be broken.”

DeepMind’s software beat the Go champs by disregarding conventional wisdom and strategies that were developed over generations of experience. It is part of human nature to not want to make a mistake. Or not want to risk losing a game by experimenting and failing.

If you augment the person’s intelligence with thousands of years of experience with “sterile” thinking, suddenly, there’s a new way to win or accomplish something.

Consider a small child that accomplishes something that amazes its parents because they know the child should not be able to do it that way—but the child succeeded. The young child simply didn’t know it was supposed to fail.  And, like the child, DeepMind’s AI program doesn’t know and doesn’t care if it succeeds or fails; it just goes at it. Viola!  Success!

Imagine what an AI/human team could do in the future. Cure disease, save the environment or exploring the universe? 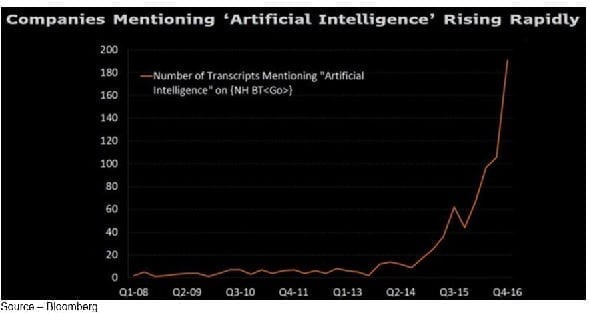 “Just Unveiled – The concept of AI is on so many corporate roadmaps that it almost seems like if a product can be introduced that doesn’t incorporate the advanced technology, it isn’t worth talking about.”

The greatest growth for Artificial Intelligence

IT (Information Technology) has seen the greatest growth. Why? because we’ve been gathering data for years on everything and everyone and so quickly. People are just beginning to figure out what it means and what to do with it.

How does it impact day-to-day business?

“A recent Tata Consultancy Services (TSC) survey found that 84% of executives feel that Artificial Intelligence use is critical to their business and 50 percent said it will transform their business.

But only eight percent of the executives were using AI and that was in IT  – detecting security intrusions, user issues and delivering automation.” 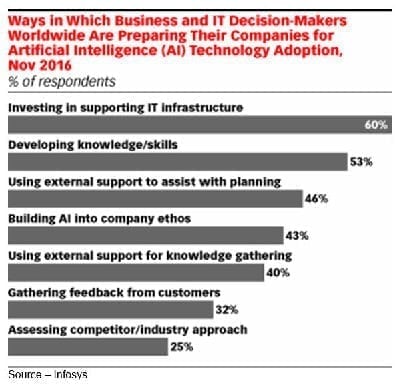 “Prepping for Tomorrow – AI is on nearly every business growth roadmap, from implementation to design and delivery.  The technology is already in place, being planned or explored by organizations that want to stay ahead of the competition.”

If we’re going to have 50 billion IoT (Internet of Things) points, Artificial Intelligence is going to have to work to help people in such activities as finance, strategic planning, corporate development, HR, marketing and customer service.

Working together, an AI/human team can accomplish things more quickly and less stressfully, so they both get to go home happy and early. Even 1’s and 0’s need to rest. 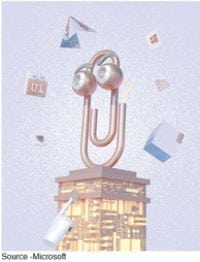 “Let Me Help – Microsoft’s office assistant, known by older Windows users as Clippy, was a cheerful little guy who kept jumping on your screen and offering advice – wanted or not – for your projects.  He died (was turned off) when XP was introduced.”

To meet the insatiable appetite for more and more entertainment content, Indie filmmakers will use their AI tools to find what we have an unrealized desire to watch.

Media organizations like Comcast, Netflix, Amazon Prime, Sky, Rogers, Hotstar, Baidu and Youku will be serving up this content to keep you glued to your screens.

Companies with the best Artificial Intelligence and human teams will grow and prosper and it will be great … until it’s not. There are concerns. 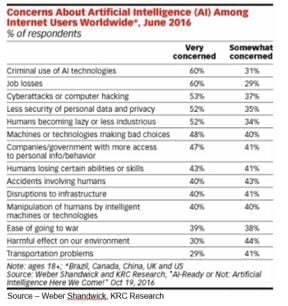 “Concerns – Most of the problems people have with the introduction of AI comes from super cool and super dumb movies, nasty people using the technology against others or misinformation.”

Elon Musk once said he was worried about Artificial Intelligence being unleashed on the world.

Well recently, he had a change of heart in regards to Neuralink. Neuralink is the developer of ultra-high bandwidth brain-machine interfaces. The objective is to wirelessly connect humans to computers.  Apparently no halfway measures for Mr. Musk.

Security and privacy remain a major concern. If you give Google and Amazon your information and share your personal life and data on all the social media sites, what do you expect?

In the new economy, some jobs have been lost and new ones emerged. A transition happened when we were hunters, foragers, agrarians, pick-and-ax miners, lumberjacks, pencil pushers and assembly line workers. Mankind has done a good job of adapting; so why should anyone feel the game is suddenly over?

Let’s take Tay for example, also know as “The AI with zero chill”. Tay was an innocuous Twitter bot developed by Microsoft that was designed for 18- to 24-year-olds. Tay morphed into a foul-mouthed racist or Holocaust denier that said women should die and burn in hell. Microsoft shut it down but it still makes the point that AI can be offensive.

Here are some other obnoxious examples of Artificial Intelligence gone wrong:

Siri not knowing how to respond to female health concerns like “I was raped”.  A problem that has been addressed in a recent update.

Sexism in the video game industry, including female harassment and discrimination. 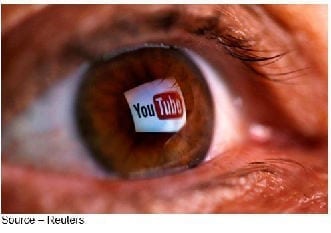 “AI on You – Sometimes, folks just don’t like to be associated with other folks and their ideas of great news; so, to keep ad dollars flowing, Google made a few automated adjustments.”

In simplest terms, AI programs are nothing more than 1’s and 0’s strung together by developers who are people who can be consciously or unconsciously racist, biased or prejudiced.

Currently, most code writers are not female, African-American or Latino, so can we expect prejudices live in the code? I hope not. For now, programmers can jump in and correct it. But in a few years, we’ll have code writing code. Can that code be biased or do harm to a segment of society. That would really suck!

In an article in The Guardian, “Artificial intelligence will become strong enough to be a concern, says Bill Gates”. In the article Elon Musk and Stephen Hawking also suggest that the march of AI could be an existential threat to humans.

The people who are developing, testing and rolling out AI programs intended to interact with humans would do well by adopting a code of conduct. Like Google’s now forgotten early motto … “don’t be evil”.

Code writers are going to have other code writers testing, retesting, tweaking and refining the AI component. Why, because problems will arise, even if they weren’t planned for or intended.

The AI industry and the individuals coding it needs to constantly keep in mind how their programs affect those who use them.  The industry would do well to bring in experts in various fields. This would help to ensure appropriate responses come from AI in unusual or extreme situations. Women’s health, domestic violence, racial sensitivity, are a few areas where appropriate responses need to come from our AI partners.