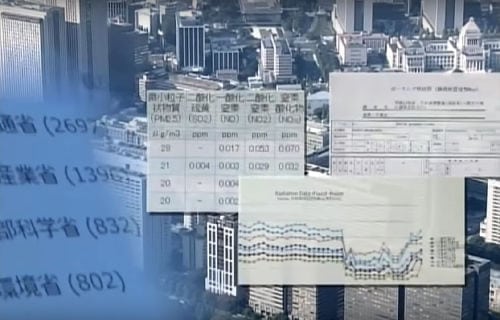 Machine learning and AI (Artificial Intelligence) is already in many areas of society. An interesting application has to do with law enforcement, surveillance, and crime prevention. Or should I say crime prediction? This sounds like tech from the 2002 Spielberg film, “Minority Report”. We are seeing an early version of this technology going online in cities all over the world. This application is known as “predictive policing”.

According to the RAND Corporation, predictive policing is defined as,

“the application of analytical techniques – particularly quantitative techniques – to identify likely targets for police intervention and prevent crime or solve past crimes by making statistical predictions”.

The thinking is that through observation, pattern analysis, and other factors, crimes are predictable events. Machine learning, artificial intelligence, and data sets from open data make this possible. The amount of information to be processed in this application is huge. Technology is now capable of doing just that so governments are making the investment to predict criminal acts.

Open Data is an initiative to make certain data sets open and available to the public. The thinking is that data that is collected by the government belongs to the people. There is currently well over 200,000 data sets available to anyone. This type of data is considered to be of interest to the human race and therefore not owned by anyone. Census data, scientific data, city, county and state data and many more data sets are openly available. data.gov is the repository for these open data sets. Open Data was also intended to spark development of new innovations. We see this in the new breakthroughs in security and law enforcement tech.

One way to look at predictive policing is that it provides enormous value. Being able to place suspects at a particular location at any given time would significantly reduce the time and money spent on investigations.

In the United States alone, local, state, and federal government spend a lot of money every year dealing with crime. Investigations are very expensive. When you add it all up, the economic cost of crime is about 2% of the gross domestic product of the US.

One question is if predictive policing brings the cost of investigations down, wouldn’t the cost of incarceration go up as more criminals are caught? Whatever the cost, a civilized society should be allowed to feel safe. Shouldn’t it?

It is kind of creepy to think that every moment of our lives can be observed by artificial intelligence. But we live in an increasingly dangerous world. If technology can help make us safer than great. However, it is costing us our privacy, which is not so great.

As our cities get smarter new technologies can build on, or utilize existing smart city infrastructure. We have surveillance cameras in just about every metropolitan area in the US.  A leading Chinese security camera manufacturer, Hikvision, is bringing improved and smarter cameras online. These cameras utilize AI and have deep neural networks on board. They can zoom in on license plates, run facial recognition software to identify persons of interest. These cameras can detect an unattended bag or package in crowded venues.

Gunshot detection technology is installed in a number of major cities around the world. This tech comes from a company named ShotSpotter. By placing sensors throughout an area on buildings or lamp posts the location of gunshots can be triangulated. This allows these incidents to be reported quickly and accurately to local authorities. These systems are monitored 24/7.

Like it or not, machine learning, artificial intelligence, and Open Data is here to stay and will only get more pervasive. We can only hope it will serve humanity well in the coming years.