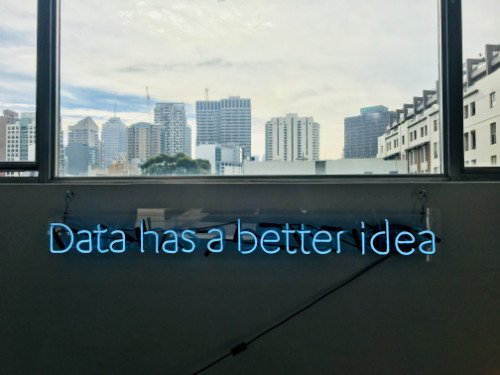 Photo by Franki Chamaki on Unsplash

Artificial Intelligence also is known as AI has been puzzling us since quite some time. It has been part of the thoughts of ancient philosophers for thousands of years but in a different way as mechanical reasoning for regular human thought or learning process. The introduction to artificial intelligence in the modern technological world has been formally done in the year 1943 by Pitts and McCullough. They developed the design of ‘artificial neurons’ for Turing Complete.

A Jog Down Memory Lane

Artificial Intelligence was formally inducted as a research program in a Dartmouth College’s workshop in 1956. The attendees of Arthur Samuel from IBM, Herbert Simon from CMU, Allen Newell from CMU, John McCarthy from MIT and Marvin Minsky from MIT, were the attendees of that workshop. They later became the founding fathers of Artificial intelligence. After much trials and tribulations, in the former half of the decade starting from 1980, the expert systems’ commercial success was proved to the foundation. The next decade saw the rise of artificial intelligence in the various fields like medical diagnosis, data mining and many more. Almost all the countries of the world nowadays have been investing huge amounts of money in artificial intelligence and its development.

Nowadays artificial intelligence has taken over almost every technological aspect that surrounds us. It has encroached not only our workspaces but also our personal lives. AI has huge potential for improving productivity, and efficiency for any kind of organization. However, many fear that Artificial Intelligence may soon take over human beings as the major workforce.

The Reality of Artificial Intelligence

With the passage of time, there have been many pieces of evidence that demonstrate the multiple benefits of intelligent systems. These benefits are triggering more and more leaders of the various organizations to gain a good understanding of the potentials that artificial intelligence can actually offer. Ernst & Young conducted research and explained that Artificial Intelligence is improving the efficiency of the operations and is also helping in making faster and informed decisions. This can be a revolutionary option in future where AI can combine with human efforts to bring out some amazing results that were not possible through general machine use.

Increasing Efficiency with the aid of Artificial Intelligence

Those of the first organizations that implemented Artificial Intelligence across its length and breadth have been reaping the benefits of employing it. They have not only gained a competitive advantage but also reduced various costs of operations and helped in the reduction of the head counts as well. Even though it is quite a positive note for the development of the companies, but there is a serious concern amongst the workforce for they might be replaced with the advancement of the technologies. This would lead to a decline in the job security leading to issues with the labor unions because there would be huge changes in the operational front.

Artificial Intelligence would soon take over all the sectors. However, human intervention would not be lost completely. This would lead to a low risk of job displacement. PwC has predicted that during the first automation wave there would be quite a lower risk of job displacement. The rate has been estimated to around 3%. However, this trend is subjected to increase by almost 30% in about twenty years in the future. The primary target of Artificial Intelligence in the arena of job losses would the transportation industry. The lowest risk of job losses would be in those areas where expertise on literary, emotional and social abilities is required to a great extent.

Looking Towards a Good Future

Many of the organizations are expecting more and more job opportunities with the advent of Artificial Intelligence, rather than decreasing them. When there has been developed of the various innovative technologies of Artificial Intelligence, there would be a great impact on the economic surge of numerous countries. It is because; more job opportunities would be created where knowledge would be essential to use the new systems. Eighty percent of the people who took part in a survey conducted by Ernst & Young suggested that the primary challenge in using programs related to Artificial Intelligence programs were the lack of knowledge to use them.

Benefits That Organizations Would Reap From Implementing Artificial Intelligence

It can be stated without any doubt that a huge surge in the increase of productivity would be experienced by the companies that implement artificial intelligence in their daily work. This rise in productivity would be directly proportional to the huge amount of revenue gains that such organizations would enjoy. The additional money that these companies would gain would instigate them to create more supporting jobs thereby curbing unemployment. This whole event would have a positive impact on the economy and increase the happiness index and Gross Domestic Product of the countries as well.

The way to harness Artificial Intelligence is to tackle the loopholes that are present in the various technologies. This is true for the vast line of jobs that either are could be or directly affected by Artificial Intelligence.
The primary task of the business holders is to make sure that the workforce is not afraid of using Artificial Intelligence.
They should make sure that everyone understands its benefits and not treat it as an enemy
There is no doubt that artificial intelligence definitely decreases production cost and increases the revenue of the organizations, which implements it. The organizations should definitely use this extra money to increase the skill set of their current workforce.

The Government Should Also Play a Major Role in Popularizing Artificial Intelligence.

The problem of en masse fear of losing jobs because of Artificial Intelligence should be curbed at a level of one’s education rather than on a business perspective.

Students need to be trained on Artificial intelligence from quite early stages of their education. Their education should also implement courses in data analysis and computer programming languages.

A balance should be stricken in subjects related to technology, science, mathematics, engineering, creativity, social sciences and skills related to emotional intelligence.

The change that Artificial Intelligence will bring to this world is inevitable. It would be there in all aspects of human life. However, we should not be afraid of machines taking over humans eventually. We should try to learn and understand the technologies related to it. This would help us create a world that would be the best combination of artificial intelligence and human intelligence. They would be complementing each other and move towards a golden future.

More on this topic: Artificial Intelligence In Predictive Policing