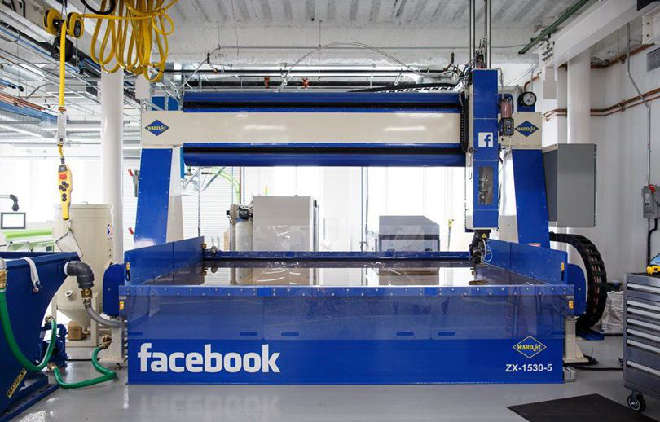 “Area 404” might seem like a terribly scary name. Actually, it is the Facebook hardware lab dedicated to solar drones, Internet-beaming lasers, VR headsets, and next-gen servers. Facebook allowed a group of journalists a first look at “Area 404” and it looks super cool. The hardware lab is located on the north side of Facebook’s Menlo Park headquarters in California.

The name for the lab is derived from the “Not Found” error code. This is part of a small joke as Facebook engineers kept needing to prototype new hardware devices, but the necessary resources were “not found” at Facebook.

The new lab houses dangerous machines. There is a 9-axis computer controlled drill and a milling machine, among other things. Fortunately, the lab follows a 5S safety system to keep it’s residents safe. 5S means, sort, set in order, shine, standardize, and sustain.

Construction of the lab began nine months ago. Now the first teams are setting up offices. Surprisingly, the company is very keen to keep on building its own hardware.

“One of the things we’re investing a lot in—and have been for a long time—is the underlying infrastructure that powers everything we do,”

The company started building its own hardware six years ago. Because of the sheer number of the daily users of the application, Facebook found that it could no longer rely on traditional machines. So it began building new hardware. This included  wireless-antennas, communication lasers, and flying drones. Facebook also bought Oculus which was a startup that built virtual reality headsets. This led to the massively popular Oculus headset.

The company is not in it solely for the profit, however. It aims to freely share all the designs so that the costs of the gear will decrease. This will lead to the growth of innovation. Facebook has already open sourced the 360 degrees Oculus camera to encourage more companies to build it. The new lab will only lead to more innovation and creativity in this field. We can’t wait to see what the new lab will be churning out soon.