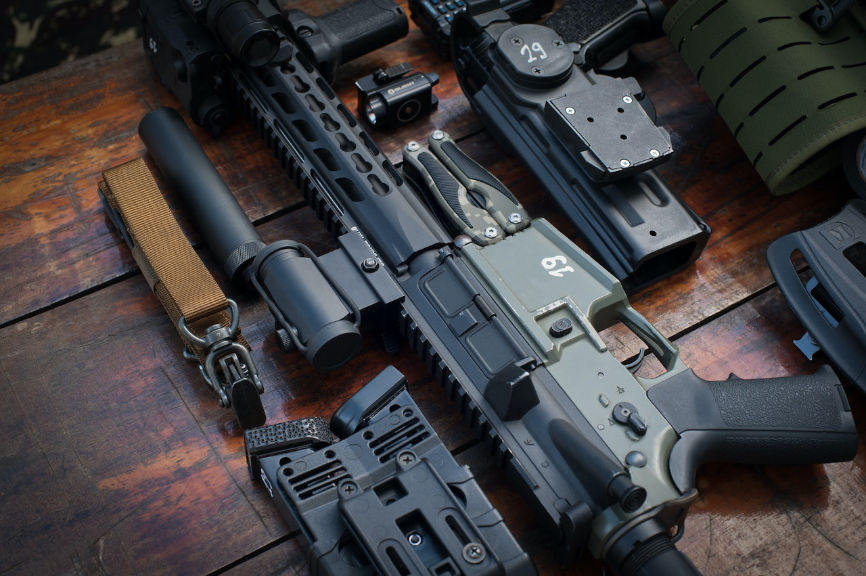 Readers may have seen an oil filter suppressor in a film or television program and pondered if it actually does what it claims to do. Although in the movies, Hollywood drama may make anything happen, the practical implementations of such ideas are typically very different. We’ll compare oil filters to suppressors, outlining the key differences and providing you with the data you may need to assess whether or not to modify your existing oil filter. The NFA does still apply, nevertheless, even to a suppressor equipped with an oil filter. Prior to actually tweaking an oil filter into a suppressor, you must have the authorized ATF Form 1 in your hands. It really is a serious crime not to comply. Alternatively, you can take a more convenient path with accessible top-notch firearm accessories which require no additional legal compliance.

Insides Of An Oil Filter

In order to isolate the oil from contaminants, the interior of an oil filter is often lined with grooved and/or permeable medium. You may assume that such a medium would permit the gas expansion essential for dampening the sound of a gunshot. That’s essentially everything a suppressor does, at its most fundamental level.

If you were to compare the cross-sectional appearances of an oil filter and a suppressor, you may mistake the two for one another. The baffles of a suppressor allow for the diversification of gas, which dampens the sound of a gunshot.

It starts with your preferred oil filter and a slotted coupling with a cylindrical adapter to suit the oil filter’s opening. It’s not easy, but the secret is ensuring you’re constantly correlating the appropriate threads. Add a muzzle damper by threading an adapter onto the barrel end. By modifying the barrel’s grooves, this adapter makes it compatible with the oil filter’s thread arrangement. However, if you want to construct your own suppressor, you’ll have to go through the same steps you would, to make a legally registered short-barreled rifle or shotgun. You can’t begin suppressor construction until you’ve passed background checks, purchased the required tax stamp, and had your Form 1 authorized.

Do nothing that may be interpreted as constructing an unregistered suppressor, such as machining components, drilling holes, etc. If not, you may find yourself behind bars. Understanding whether or not your state allows the use of suppressors is a crucial step in this procedure as certain jurisdictions outlaw their adoption.

Does It Actually Work?

So, the question of whether or not it is possible to design an oil filter silencer has been addressed positively. The more pertinent issue, though, is whether converting an oil filter into more of a silencer is a wise strategy. In a few words, no, here are a few explanations why:

The extreme pressure and temperatures generated by firearms might be too much for oil filters to handle. Following prolonged usage, several oil filter suppressors reportedly caught fire, posing a safety risk. Some of those who have tried to use them on rimfire guns have reported that they entirely disintegrated. The metals used in the construction of legitimate suppressors are strong enough to withstand the stress of far too many bullets and may, with care, withstand hundreds of rounds before needing replacement.

As compared to the cost of, say, an adapter and numerous additional oil filters, the price of a suppressor may become significant. However, this fails to account for the mandatory tax stamp required to convert an oil filter into a silencer in accordance with applicable law. As a result, you have an extremely pricey oil filter that was not designed to withstand gunfire and may not endure much longer.

The life expectancy of an oil filter suppressor can be quite brief. If you’re only shooting centerfire rifles and pistols, you might be able to still get in a few full-line rounds well before the oil filter inevitably fails. An authentic suppressor, if not abused, should outlast its face value. Because oil filters’ core components are non-replaceable, repairing a worn-out oil filter suppressor may require re-registering the unit (Form 1) plus paying the additional tax stamp.

There are probably only a select few sorts of individuals who should create an oil filter suppressor given the expense and limits of store-bought and DIY options. The first group can consist of those who don’t care if they end up wasting their time and money. The other group may just be collectors who aren’t planning on putting many bullets (or any bullets) into their prized possession. Oil filter suppressors aren’t worth the effort if cost-cutting is your first priority. In the end, they will cost you a lot more money. Further, they were not intended for use as a suppressor, therefore there are some additional risks involved.

Gun Holster 101: What To Know And How To Choose

Gun Holster 101: What To Know And How To Choose

FirearmsGunsOil FilterSilencerSuppressor
Previous ArticleHow Long Do You Have to File A Personal Injury Lawsuit Against A Cruise Line?Next ArticleMaking Your Money Work for You: How a Refinance Mortgage Broker Can Save You Thousands