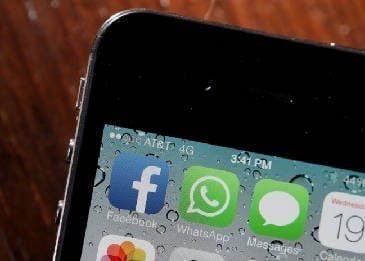 Users around the world want safe and secure messaging apps. Users not only want to get their message across but also keep it safe from prying eyes. In an attempt to achieve this messaging app developers are using end-to-end encryption.

We have listed the nine messaging apps that currently deploy end-to-end encryption.

Facebook messenger is the latest messaging app to get E2EE. Facebook Messenger does not allow E2EE by default. Facebook only allows encryption in secret conversation mode. E2EE is only available to the sender and recipient at the time of the conversation.

In April, WhatsApp introduced end-to-end encryption for all its users. Unlike, Facebook messenger this encryption is available for all types of messages. 1 billion users around the world enjoy WhatsApp services without fear of eavesdroppers.

Viber allows users to send encrypted text and voice messages in both group and individual conversations.

By default, Line does not offer E2EE. However, E2EE is offered when users at both ends turn on Letter Sealing functionality.

Signal provides E2EE for all kinds of messaging.  However users should keep in mind, Signal’s one of the most heavily encrypted applications.

Messages sent through Cyber Dust are also covered by E2EE. Moreover, not only are the messages encrypted they are also deleted from the recipient’s device after they have been read.

Secret Chat mode in Telegram allows the user to send encrypted messages. However, messages by default are logged into Telegram servers.

So which messaging app do you enjoy using? Let us know in the comment section below.